Sabine’s hands move quickly and precisely as she tightly braids hair in her tiny salon. The sign outside offers African, European, or American hairstyles. Sabine is a charismatic, larger-than-life personality crammed into a tiny shop in the immigrant Brussels district of Matonge. Here, she and her employees style extensions and glue on lashes while watching soaps, dishing romantic advice, sharing rumours about government programs to legalize migrants, and talking about life back home in West Africa.

At the start of Chez Jolie Coiffure, director Rosine Mbakam, who made waves with her impressive debut film, The Two Faces of a Bamileke Woman, stands outside the salon, filming. Sabine calls her in, and Mbakam sets up in the shop—and stays, filming over the course of a year, becoming a regular fixture and presence. This cinematic “chamber piece,” which takes place entirely inside a salon not much larger than a take-out stand, makes skilful use of its many mirrors. More than a place for women to get their hair done, "Jolie Coiffure" serves as a community hub for West African women—many from Cameroon, like Sabine. 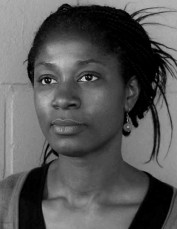 Chez Jolie Coiffure is screening as part of: 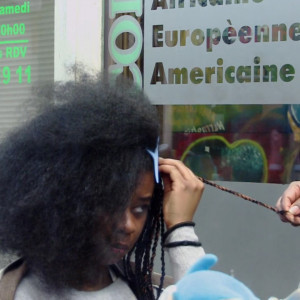 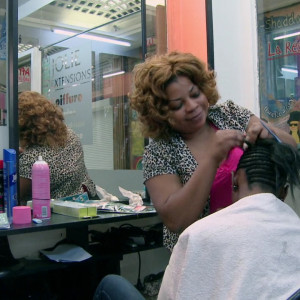