Tales of the Accidental City 2021

Tales of the Accidental City is the humorous and biting story of four Nairobi residents who find themselves stuck together in an anger management class after being accused by the courts of various misdemeanours. Diana, Jacinda, Louis Njoroge, and Sarah Obama must explain what got them there, and with the help of their quirky counsellor, find a way to heal their wounds. The play is a portrait of Nairobi, but as they swap stories and trade barbs, deeper issues about class, inequality and the social injustices experienced by many living in big African cities, come to light. 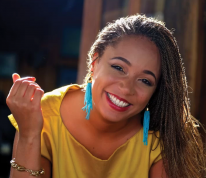 Maïmouna Jallow is the co-founder and director of Nairobi-based arts and media company Positively African. She is a storyteller, editor, playwright and director, and has written and produced a range of shows, including an award-winning adaptation of Lola Shoneyin’s The Secret Lives of Baba Segi’s Wives, which she toured internationally. In 2021 she released her debut film, Tales of the Accidental City, an experimental feature-length in which all the action takes place on Zoom.

She is the editor of Story Story, Story Come – An anthology of 12 African Folktales, published in Dec. 2018. Prior to that, Maimouna worked as a producer for the BBC World Service and as Regional Communications Officer for Medécins Sans Frontières (MSF) in the Horn of Africa region. Maïmouna sits on the advisory boards of This is Africa and Wiriko. She holds an MA in African Literature from SOAS, University of London.

Tales of the Accidental City is screening as part of: 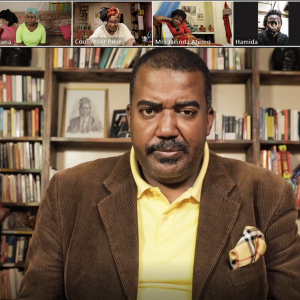 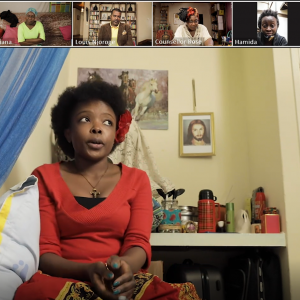