In response to the execution of Marielle Franco, the 2018 elections turned into the biggest political uprising led by black women that Brazil has ever seen, with candidacies in every state. In Rio de Janeiro, Mônica Francisco, Rose Cipriano, Renata Souza, Jaqueline de Jesus, Taina de Paula and Talíria Petrone applied for the positions of state or federal deputy. The documentary accompanied these women in their campaigns, showing that a new way of doing politics in Brazil is possible, transforming mourning into struggle.

Under the impact of Marielle Franco's murder, black women in various parts of Brazil are fighting for the ballot box in the 2018 elections to occupy the National Congress and Legislative Assemblies, with new proposals for making politics. The film follows several of the candidates throughout the campaign, capturing moments of intensity and strength of a collective facing the far-right machine that has taken over the Brazilian political and social scene. Between discreet observation and a poetic look at bodies and actions, “Seeds: Black Women in Power” is a snapshot of hope and struggle in the face of a catastrophic scenario designed in recent years. 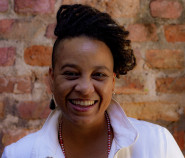 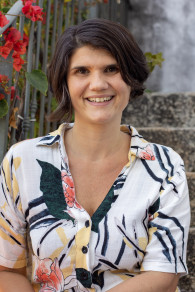 Júlia Mariano is a director, screenwriter, and producer. She graduated from Cuba's School of Cinema and Television of San Antonio de los Baños (EICTV). In 2014, Júlia directed Ameaçados (The Threatened People), which won awards at Rio de Janeiro's Short Film Festival, São Paulo's Kinoforum Festival, and Maranhão's Guarnicê Film Festival. In 2015 she directed Do Corpo da Terra (From the Body of the Land) produced in partnership with the Movimento dos Sem Terra (Landless Movement). In 2017 she founded NOIX CULTURA and directed the documentary series Desde Junho (Since June). 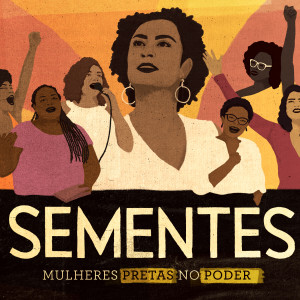 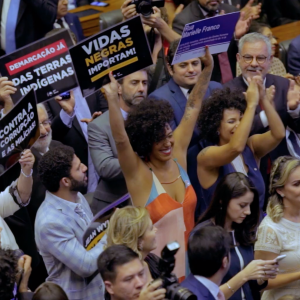 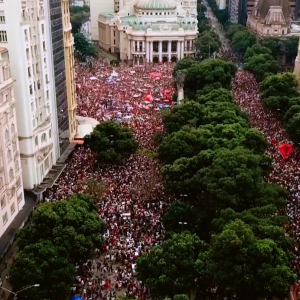 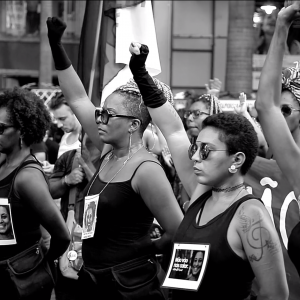 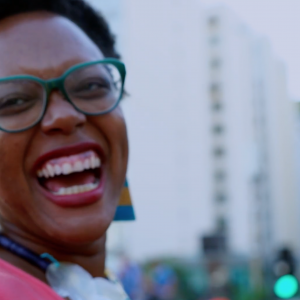