According to a report by the International Federation of Red Cross and Red Crescent Societies, in certain African countries, “a complete albino skeleton can fetch up to 75,000 dollars.’’ This phenomenon is due to mistaken beliefs. $75,000 highlights the biological aspect of albinism that affects not only pigmentation but also and above all, the physical and moral conditions of people with albinism. These people are victims of discrimination, mutilation and ritual crimes in Africa.

The film is constructed around first-person accounts labouring under a double punishment, at once psychological and physical. Albinos describe their experience faced with mutilation. The film begins with the skin of an albino, paying homage to other bodies, and immerses us in a world of 3D computer imagery. 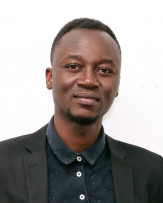 "I have chosen to illustrate the victims’ words with emotion capture and/or time freezes confronted with violence through 3D in a nocturnal ambience."

Born in 1990 in Mopti, Mali, Togo was passionate about art from a very young age. He began his university studies in 2009-2010 at the Faculty of Legal and Political Sciences, then his artistic ambitions lead him to the conservatory of Bamako - Mali. This training at the conservatory was a way for him to reveal his talent as an artist and to learn from professional artists. After 5 years of studies at the conservatory, Moses Togo holds a master's degree in multimedia and since then he has been working in the multimedia field. Currently, he is a French government fellow through the Bakary Diallo Prize of the Fresnoy National Studio of Contemporary Arts. 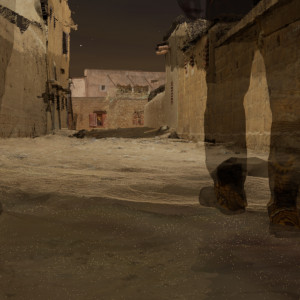 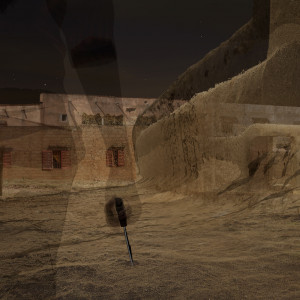 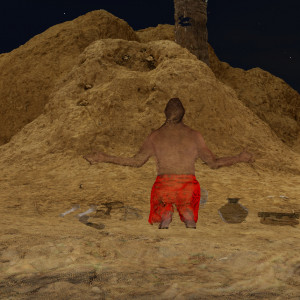