Sensei Flowers was first introduced to karate in the 1970s by her husband, Sensei Nazeem Flowers, who became her instructor. When her husband passed away, she took over the dojo and hasn’t looked back since. Nawar Taliep (age 6) can’t sit still for more than one minute. Birds fly past, and she wants to play with them. On most days, she spends her time in a pink tutu, talking to her fluffy toy rabbit ‘Carrots’.

Nawar comes from a family of committed karate-practitioners: her two brothers have been practising karate with Sensei Flowers at the respected the Surrey Dojo- Kyokushin Karate School in the Cape Flats and her mother has sent her to be inducted with the hope that the school will be able to help her hyperactive daughter focus. This quirky and comedic film will follow Nawar on her journey as she undergoes training and prepares for her first grading. With Sensei Flowers as her mentor, we will see how she guides Nawar into a space of calm and discipline.

Nawar means ‘she who guards herself’ in Arabic. Like the protagonist's name, the film explores the gendered aspect of self-defence in sport in an area in Cape Town that has high rates of violence. Through comedy and humour, the film will follow a young, new inductee at a Karate school as she prepares for her first grading. Like Water is both a quirky story about childhood and about people’s ability to overcome difficulties in a challenging space. Both aspects make it a universal story.

This story speaks of issues past, present and future, but most of all, it speaks of people’s ability to create change in their lives through a particular sport that one may not expect to be practised widely in South Africa - karate. Our team comprises two female directors, Sara De Gouveia and Jessie Zinn. Jessie, who is South African, grew up in Cape Town, where the story is set and has an insider understanding of the dynamics that are explored in the film. Sara, a filmmaker who is based in Cape Town, has an intricate understanding of the landscape of the city after having worked on a number of projects over the years.

We both feel this community has been more or less depicted homogeneously in the news-media as infected by extreme violence and poverty. However, the film that we are embarking on refuses such a homogenous and stereotypical socio-political depiction. Through Nawar’s story, we aim to tell a nuanced, human narrative of agency, power and triumph above adversity. Nawar’s hyperactive personality will provide comedic relief and a light-hearted touch to the film’s treatment.

We also feel that because it is a team of women behind the camera depicting a group of strong women in front of the camera will allow us to tell a story from a different angle: one of empathy and understanding.

screening with "The African Who Wanted to Fly" 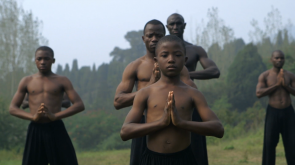 First discovering Kung Fu after watching the film Big Boss, a young Gabonese child sets off for China at the age of just 15. Under the tutelage of Grand Master Meng Huifang, this child would eventually become number one in an artform which had previously never counted an African in its midst. Based on the incredible true story of Luc Bendza, The African Who Wanted to Fly follows his journey from a tiny Gabonese village all the way to China, where he would eventually become a world Kung Fu champion. 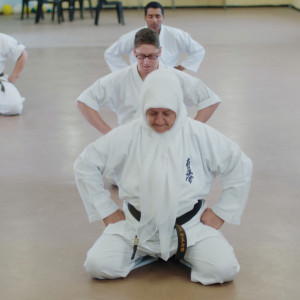 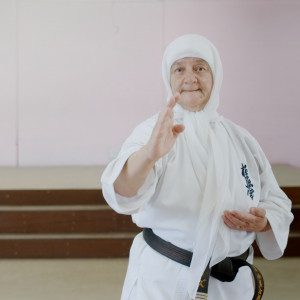 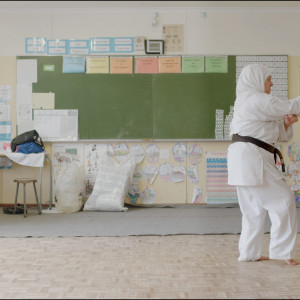