Sorious Samura is Sierra Leone’s best-known investigative journalist, making documentaries for CNN, Channel 4 and BBC that have won two Emmy Awards and seen him described by The Independent as “the world’s most fearless filmmaker”. Over the last 25 years, he’s tackled the toughest issues in the region including civil war, starvation, AIDS, corruption, attitudes to homosexuality and more.

However, Sorious has grown tired of telling negative stories about Africa and, having moved to London many years earlier, begins to realise that he is only telling half of the truth about his continent. Desperate to change the narrative, he turns to his best friend and mentor, Sierra Leone’s iconic playwright, Charlie Haffner. These two friends embark on a journey to create an inspiring work of national theatre – to restore pride to a nation with a rich and amazing history, yet known today mostly for conflict, poverty and corruption. It doesn’t go as planned.

It quickly becomes clear that the two men have a shared ambition, but have lived very different lives. Their two cultures collide and tensions flare, as Sierra Leone itself teeters on the brink of civil unrest. For both men, the play becomes a matter of personal and national salvation. Through increasing adversity, they push to opening night. What will happen when the curtain lifts?

Clive Patterson
Director & Producer
Clive Patterson is an award-winning producer and director of documentary films and is the senior producer at Insight TWI – an Emmy, BAFTA and Peabody award-winning production company in London. He has made over a dozen films with Sorious Samura which have been broadcast on the BBC, Channel 4 and Al Jazeera English. He was a founding member of the team that created the award-winning Africa Investigates series on Al Jazeera English, along with Sorious. More recently, he produced ‘So Foul A Sky’, a feature-length documentary that premiered in competition at CPH DOX this year.

Charlie Haffner
Lead Contributor & Associate Producer
Charlie Haffner is the founder and director-general of the 33-year-old performance troupe the Freetong (Freetown) Players, Sierra Leone’s only full-time theatre company during the late 80s, 90s and noughties. As a playwright and traditional communicator, he has worked extensively to use drama as a tool for education and development and to advance Sierra Leone’s post-war reconciliation. He currently chairs the Sierra Leonean National Monuments and Relics Commission and was recently awarded the Order of the Rokel, the highest honour that can be bestowed upon a Sierra Leonean civilian.

As a person of mixed heritage, I understand what it means to exist between two cultures. When I first started working with Sorious Samura 12 years ago, I recognised that he was very much of two cultures, too. He was a renowned British reporter of African affairs, and he was also a Sierra Leonean expat in a foreign land. What I hadn’t anticipated when setting out to make this film was how much that cultural tension would become a key feature of the unfolding narrative.

Sorious’ journey is ultimately one about reconciling the divisions in his identity. It’s a process which finds reflection in the tensions that arise between himself and his great friend and mentor, Charlie Haffner. It is also reflected in Sorious and Charlie’s own description of the predicament facing Sierra Leone, and much of Sub-Saharan Africa – a fractured identity due to the damaging legacy of colonial rule. This multi-layered grappling with notions of identity, at both the personal and national level, is what I believe this film is about. As the world becomes increasingly mobile and migratory, I feel these themes can only become more relevant. When I look at my children – one quarter Japanese, one quarter British, one half Ugandan – it becomes even more important to foster discussion around these issues.

So when Sorious told me about his intention to return to Sierra Leone and work with Charlie on an inspiring new play to help his nation, I knew there was a rich and deeply personal story to be told – a story that would not only show Sorious in a fresh light, but also his deeply fascinating country. For me personally, this film represents the culmination of 12 years working in Africa alongside Sorious. I have been privileged to discover the continent in his company and to learn from his insights and perspective. With this film, our aim was to offer international audiences a fresh view of his country. 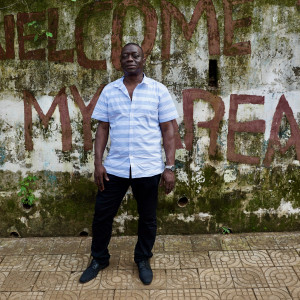 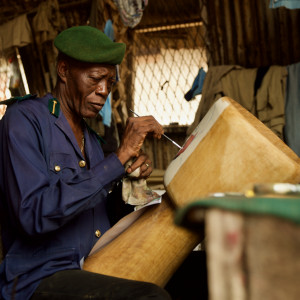 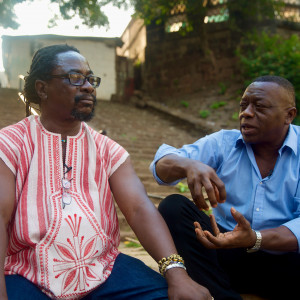 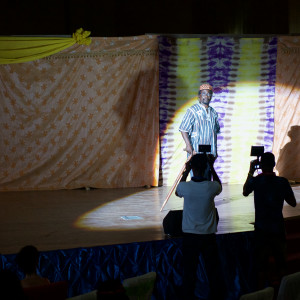