Inside Nigerian Film: Naija producers but why?! Event

Nigeria has generated and influenced pop culture through music, art, fashion and dance for decades. This event will explore why Nigerian producers and screen talent often struggle gaining a wide audience beyond its borders and diaspora community despite Nollywood being the second-largest film industry in the world, and what is currently shifting in this industry. 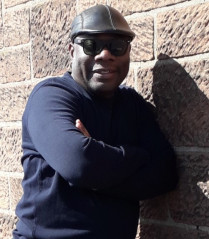 He trained at the Independent Television Production Producers Association of Nigeria in Lagos, Nigeria and directed the concept “Eclectic theatre” for Elixir Resources. He co-produced the soundtrack for the award-winning Nigerian home video Forever, and produced a cable television youth development platform in Lagos, Nigeria called “Reminisce on MCTV”.