This visually beautiful documentary explores the tradition of female wall painting in the village of Oualata, a Mauritanian town on the edge of the Sahara. While speaking about and demonstrating their decorative art, the women also talk about their views on marriage, motherhood, sexuality and desire, in a society where many of the menfolk are absent due to labour migration. The women’s openness and candor results in an intimate portrait of lives spent on much more than merely waiting for their men.

Join director Katy Lena Ndiaye for a live Filmmaking Masterclass on Friday 27 November at 2pm, presented in partnership with Scottish Documentary Institute. Katy will talk about this documentary, and her new film On a le temps pour nous, which is also screening in this year’s festival after the masterclass. 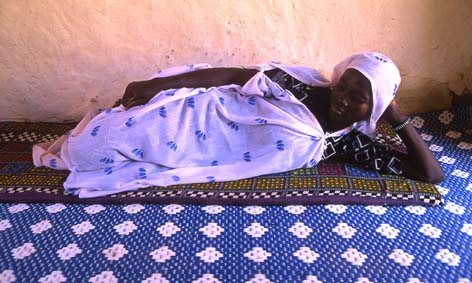 Notes Unbound is our platform for up-and-coming African and Black diaspora film critics and journalists from around the globe to deepen their knowledge of African cinema. Yas Ismail wrote about Katy Léna Ndiaye's intimate and thought provoking Waiting for Men here.