In northern Morocco, Mount Gurugu overlooks the Spanish enclave of Melilla on African Land. The European Union and Africa are separated here by a high-security border facility consisting of three fences. Refugees, mostly from the sub-Saharan region, live in the tree-covered foothills, from where they try to cross the land border between Morocco and Spain. Abou Bakar Sidibé from Mali is one of them – the protagonist in front of the camera, as well as the person behind it. For over a year, he has ceaselessly persisted in attempting to jump the fence.

At the fence, thousands of hopeful African people have to overcome the razor-wire, automatic pepper spray and brutal authorities. After every failed attempt, they return to Mount Gurugú, scouring for food in the nearby villages, trying to uphold some sort of order in the camp and building up their confidence again. Some give up and return home, others never return from the fence. Sidibé gradually finds expression and meaning in his situation, "when filming I feel that I exist". But after 16 months on the mountain, Abou is brought close to a tragic accident at the fence. Returning to is Mali not an option for him, and he becomes more determined than ever to pursue his dream of a better life in Europe. LES SAUTEURS ultimately a film about making a film, is Abou's portrayal of the human struggle for dignity and freedom on one of the World's most militarized frontiers.

Sidibé's latest short film ma nouvelle vie européenne is also screening. It is a follow-up to Les Sauteurs and is essayistic reflection on Europe’s invisible borders and filmmaking as an act of self-empowerment. Find out more about it here.

Both films are part of our Transgressing Citizenship in the Black Imagination series. 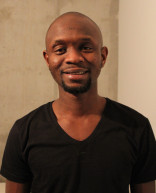 We are delighted to announce that a pre-recorded Q&A with Abou Bakar Sidibé will be available shortly. Abou Bakar Sidibé was born in Mali in 1985. He graduated from Bamako University with a Masters in English. After almost four years of arduous travel, he came to Europe in 2014. Before leaving, he worked as a substitute teacher in Bamako, on the road as a construction site or agricultural assistant in Niger, Algeria and Morocco, was condemned to idleness by the German asylum system for almost three years and is currently training to become an educator in Berlin. During his time in front of the border fence of Melilla in northern Morocco, he made the film Les Sauteurs - Those Who Jump together with Moritz Siebert and Estephan Wagner, which was shown at festivals around the world and received numerous awards. 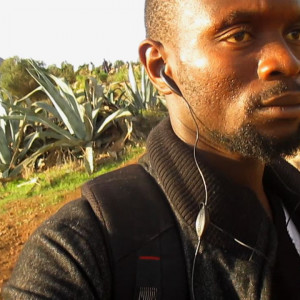 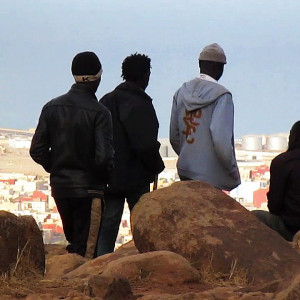