When Abou from Mali finally made it to Europe, it felt like a new life had started for him. A life, that offered a future. The film he made about his journey from Africa to Europe gets shown all over the world and throughout Germany, where Abou lives as an asylum seeker. His life oscillates between that of an artist with a voice, who is invited to screenings and events, and the isolation and boredom in a remote refugee centre.

An essayistic reflection on Europe’s invisible borders and filmmaking as an act of self-empowerment.

This event is part of our Transgressing Citizenship in the Black Imagination series.

In the film "ma nouvelle vie européenne" I continue to document my life with a camera – although I had never been trained as a director or cameraman. The film is a follow-up of my film Les Sauteurs about my time on Mount Gourougou opposite the Spanish enclave of Melilla, which I realised in 2015 together with Moritz Siebert and Estephan Wagner.

After years of hardship, jumping over the border fences of Melilla finally felt like the beginning of a new life for me. Shortly after, destiny brought me to Germany. In order to stay there I had to apply for asylum, live in an asylum camp with other refugees from all over the world and follow a completely non-transparent procedure that decided about my future. During the endless waiting for the result of my asylum case, I was assigned to different German refugee camps outside of small villages in inhuman conditions of isolation and exclusion. Through the success of the previous film, I experienced highs and lows.

I was invited to present the film at festivals and cinemas all over Germany and met people who were interested to listen to my story. But in the end, I always had to return to my remote refugee camp and fellow companions. These trips - a welcomed change to the boring routine of the camp - became the proof of the marginality of my existence. I was able to escape the bleak reality of a refugee in Germany for a day or two, but was always forced back to the starting point afterwards. Like an invisible border that I crossed but always was pushed back again.

The Europe I experienced since my arrival is not the paradise I dreamt of when living in a plastic tent on Mount Gourougou. Using a camera to depict my life here gives me control to tell people the story of my new life in Europe as I experience it (and not have it told by others). In the future, even a long time after my death, the film will stay as a document of my existence. 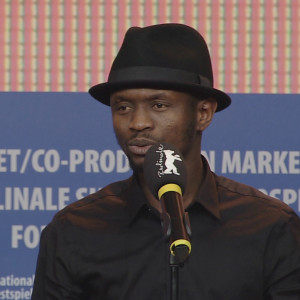 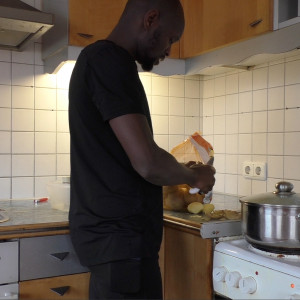 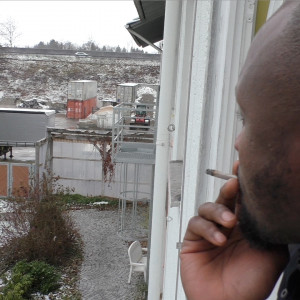