We are delighted to partner with Freedom in the City on this special event about Blattengeta Heruy Wolde Selassie who was an acclaimed author, political philosopher, Ethiopian Foreign Minister, and Emperor Haile Selassie’s closest friend and ally during his years in exile. Hear about his life and work, and the way he is remembered in Bath, where he died in 1938 at Fairfield House. The Freedom In The City festival explores the history and legacy of the connections between the former Ethiopian Emperor Haile Selassie I and the city of Bath in South West England.

Following Benito Mussolini’s invasion of Ethiopia in 1935, after fighting on the front line for some time, the Emperor was forced to Europe to seek global support for his country’s liberation. The Emperor and his family and entourage lived in the city of Bath from 1936 – 1940 in a house he purchased called Fairfield House.  Members of the Ethiopian royal family continued to live at Fairfield until 1943, when he gifted the house to the ‘corporation’ (council) of Bath to be used by aged citizens in 1958. Honouring the Emperor’s wish, Fairfield House has been the base of the Bath Ethnic Minority Senior Citizens Association (BEMSCA) for the past 27 years. 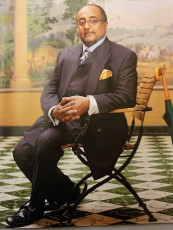 PRINCE ASFA-WOSSEN ASSERATE, Ph.D. was born on October 31, 1948, in Addis Ababa, Ethiopia. He is an Ethio-German political analyst, a consultant for African and Middle-Eastern Affairs and a best-selling author. A member of the Imperial House of Ethiopia, he is the great nephew of the last Ethiopian Emperor Haile Selassie I, great-grandson of the Empress Menen Asfaw and the son of the last President of the Imperial Crown Council, Prince Asserate Kassa and his wife Princess Zuriash Worq Gabre-Igziabher, and thus is not only a member of the Shoan and Gondarine-Lasta Branch of the Imperial House of Ethiopia, but also of the Royal Branch of the House of Wollo. He released the book 'King of Kings – The Triumph and Tragedy of Emperor Haile Selassie I. of Ethiopia, by Haus Publishing, in 2015. 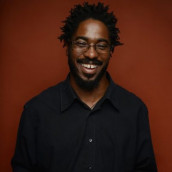 DR SHAWN SOBERS is Associate Professor of Cultural Interdisciplinary Practice at University of theWest of England (UWE). He has carried out a wide range of projects spanning diverse topics, ranging from; legacies of the transatlantic slavery, African presence in Georgian and Victorian Britain, Rastafari language and culture, creative citizenship insocial media, and Ethiopian connections with the city of Bath. He is Director of the ‘Freedom in the City: Festival of Learning’, and trustee of FairfieldHouse, the former residence of Ethiopian Emperor Haile Selassie I. He was co-organised the restoration of for Blattengeta Heruy Wolde Selassie's grave in 2016.