Foresight is an urgent anthology of short films that explores alternate realities through the lens of culturally diverse filmmakers who call the UK home. This compilation contributes to a perspective continually missing from our screens... a future where people of colour exist! Foresight was conceived and produced by Fiona Lamptey and commissioned by Film4. It presents an opportunity to address the uncertainty that living in the UK has posed to people of colour and is a response to the rising level of racism and intolerance.

“By imagining the future, we can kickstart a necessary conversation and inspire change. We don’t want the futures presented in these films – so what do we do to change that?” - Fiona Lamptey.

There will be a directors' Q&A via Zoom after the screening.

With thanks to Film4. 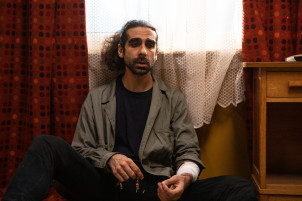 THEY HEARD HIM SHOUT ALLAHU AKBAR

Zaid, recently released from prison for an unknown crime, tries to reintegrate into his previous life, but finds that the arms of the state can control what he says and does 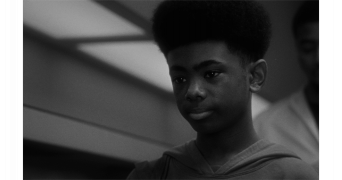 Two brothers journey to a new settlement on Titan. Their interactions reflect the subtle naivety and anxious fear this huge moment means for each of them amid an industrial sized group of migrants. 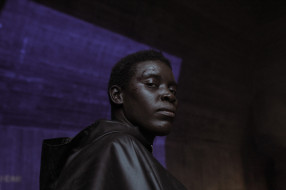 THE FUTURE ISN’T WHAT IT USED TO BE

In 2080 climate change has forced human beings from Earth. Those who remain live isolated nomadic existences. In the desolate landscape, Dez unearths a morsel of the past, which leads to a mission.

The night before Grace's son Dee Dee's seventh birthday, an intruder crash-lands into her kitchen and she must decide how to protect her son while navigating the complexities of Black parenthood

Ziba, Ché, Neela and Kofi use their devices to take trips through their memories to settle an argument.