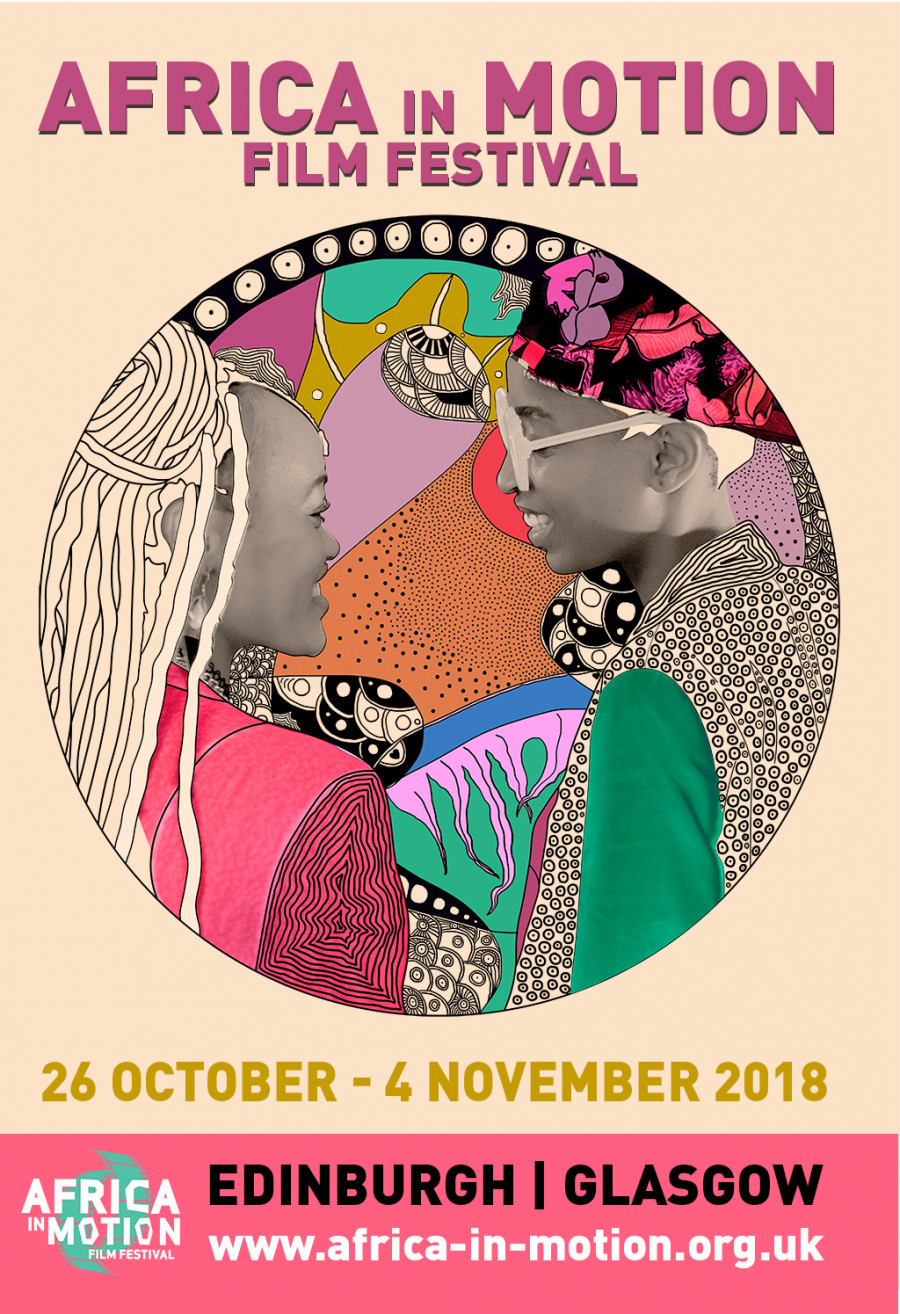 Africa in Motion is Scotland’s major annual celebration of African cinema, and is delighted to return for the 13th year to bring audiences in Edinburgh and Glasgow a wide variety of creative stories from across the African continent. The programme will once again be packed with screenings, discussions, Q&As with filmmakers, pop-ups, workshops, exhibitions, live performances and much more. Since its inception in 2006, Africa in Motion has introduced nearly 45,000 audience members to the brilliance and diversity of African cinema, screening over 500 films.

As the festival hits its teenage years the theme this year is rebellion. From political and resistance movements, coming-of-age dramas, and representations of youth and popular culture, to rebelling against the stereotyped and dominant images or narratives of Africa, this will be an all-encompassing and widely applied theme.

The festival programme includes the beautiful and tender queer love story between two young women from Kenya, Wanuri Kahiu’s Rafiki (opening the festival in Edinburgh Filmhouse). This film was banned by the Kenya Film Classification Board for its queer focus, but has won the hearts of viewers internationally after its world premiere in the Un Certain Regard section at Cannes. Genre defying films such the South African western Five Fingers for Marseilles (Michael Matthews, South Africa 2017), the superhero fantasy Supa Moda (Likarion Wainaina, Kenya 2017), and female director gangster female, Mayfair (Sara Blecher, South Africa 2018).

This year marks the centenary of the birth of Nelson Mandela, and various events are taking place in commemoration in South Africa and beyond. Scotland took part in a number of strategic political acts during the anti-apartheid campaign, the most prominent of which was renaming the street that housed the South African embassy during apartheid to Nelson Mandela Place. The festival will draw on these historical links in a series of film screenings and events, including the political documentary Mandela: A True Pan-Africanist (Faith Isiakpere, South Africa 2018), and Standing on Their Shoulders (Xoliswa Sithole, South Africa 2018), a film that focuses on female activists both during and post-apartheid.

As discussions about the underrepresentation of women in cinema reverberate around the world, the festival will draw attention to the pioneering women of Nollywood, screening films from and hosting two female Nollywood directors, Blessing Igbe and Ema Edosio, showing how these strong female voices contribute to the development of Nollywood.

For the third year running Africa in Motion collaborates with the Transnational Moroccan Cinema project at the University of Exeter. Contemporary Moroccan cinema is flourishing and winning prizes locally and internationally. Five of these prize-winning films will be screened at AiM, including Volubilis (Faouzi Bensaidi, 2017), Apatride (Narjiss Nejjar, 2018) and Burnout (Noureddine Lakhmari, 2017). We are also co-hosting a conference on Moroccan cinema in Edinburgh, with a number of high profile Moroccan filmmakers, producers and scholars in attendance.

The festival recognises the lack of African and black voices in arts and creative industries and as a response have actively undertaken a new and robust diversity strategy tackling white privilege. Justine Atkinson, Festival Producer, states: ‘The festival ensures that it makes space for diverse voices within the films it screens and also in its curatorial practices. We take a collaborative approach to programming, ensuring that no single voice dominates the selection and curation process. We work with community groups, BAME artists, curators of colour and students to ensure that we are taking a democratic and inclusive approach when creating the festival.’

The festival’s mentoring programming for aspiring film curators, Reviving Scotland’s Black History, is running for the third year. The programme enables trainees from a diverse range of backgrounds to learn about black history in Scotland and use this knowledge to programme events during Africa in Motion and Black History Month. Film and Television students at the University of Glasgow are assisting with selecting the films submitted to the short film competition.

The programme is packed with special events including film and food nights, post-screening discussions, zine-making workshops, live performances and music, red carpet premieres, queer African parties and much more across Edinburgh and Glasgow.