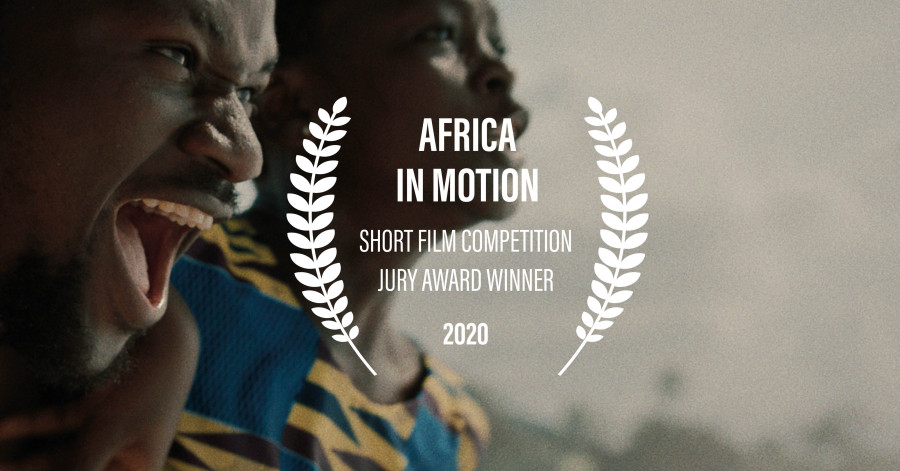 We are pleased to announce that "Da Yie" (Good Night)  has been chosen as this year’s jury award winner of the Africa in Motion Short Film Competition. From a shortlist of fifteen shorts, all exemplary of the brilliance of emerging African talent, Anthony Nti is the winning director with his 2019 film.

Da Yie begins as a chicken falls from the sky. A gang of unruly children, at first stealthily following then wild with excitement, chase the terrorised chicken through the streets of their neighbourhood. The stakes are high as the winner gets to choose the teams for their upcoming football match. Leading the pack is one of the film’s protagonists Matilda, a fearless young girl, who wins the chase. Da Yie immediately invokes the pressures and play of childhood. In youth, an afternoon can feel like an eternity and Matilda calls up Prince, our other young star, to join in the fun. He is reluctant, fearing the wrath of his mother, but Matilda can convince anyone. Seemingly out of nowhere, a stranger by the name of Bogah approaches in a car, offering to save the two children from an afternoon of boredom. His hand drapes out of the car window, adorned with golden bling. He’s going to get something to eat and invites Matilda and Prince to join. 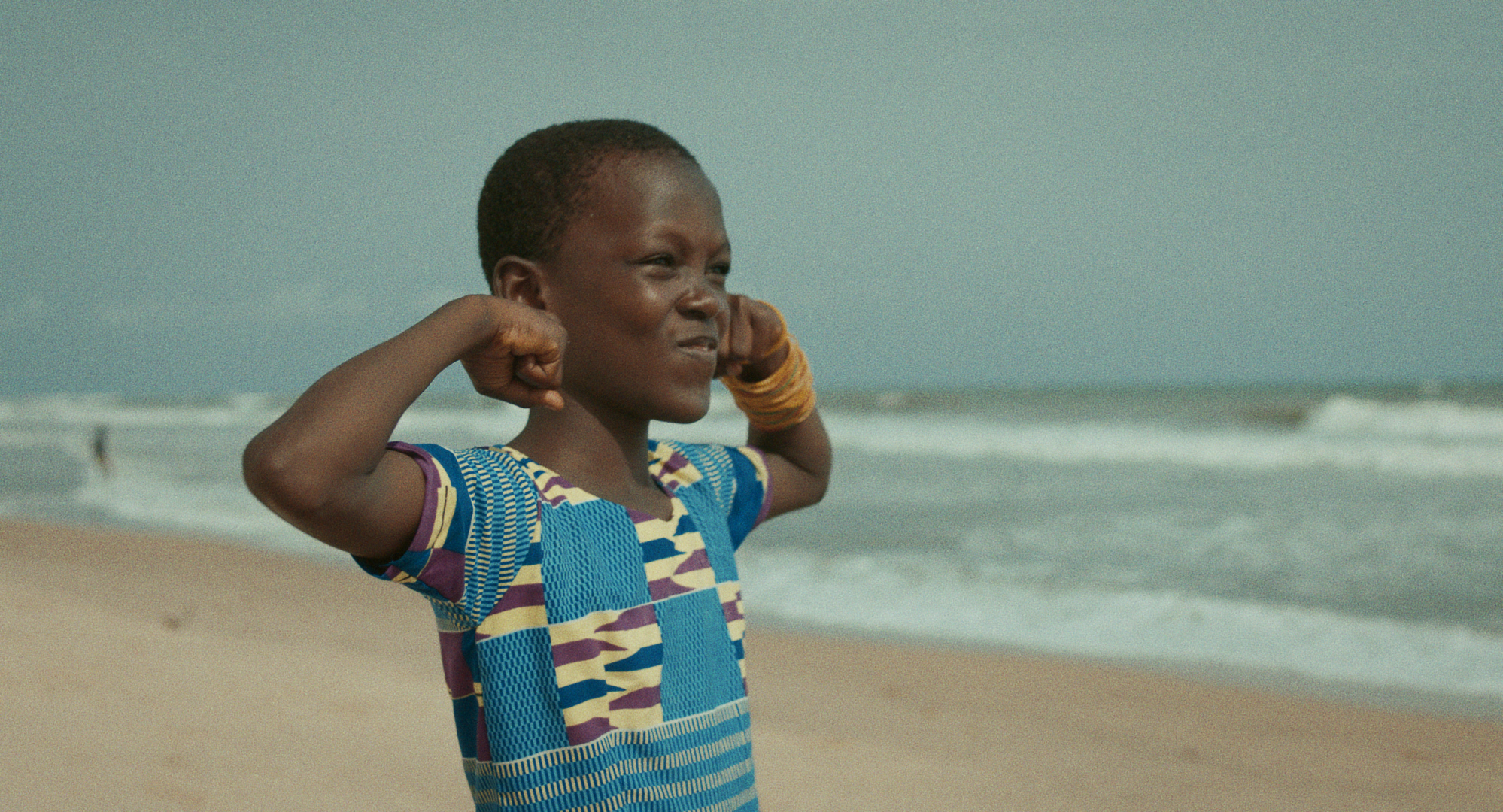 Like a modern fairy tale, tricks and treats enchant the pair onto a path of danger. In twenty short minutes, Nti captures two children’s attempts to inhabit the adult world. Matilda and Prince are unaware of the realities of adult life, where kindness has a price and good intentions can come too late. The bond of childhood friendship, however, remains a bastion for our two young protagonists as they leave the safety of their home environment, to the colourful yet unpredictable streets of the city. In Nti’s subtle yet powerful filmmaking style, the viewer understands that their adventures with Bogah are not their first experience of adversity. Themes of physical abuse loom over the children’s heads, whether in a mother’s scolding or the violence of Bogah’s gang. Yet childhood innocence remains at the centre of this film. The tender friendship between Matilda and Prince promises to linger on, and Nti’s directorial visions leaves us not disheartened but fortified in the strength of adolescent resilience.

Da Yie has claimed the winning spot of this year’s competition. It was a close call as the judges had the near impossible task of choosing a winner from the fifteen films selected. But the process of choosing the Africa in Motion’s Short Film Competition jury winner began many months ago, when we closed our submissions on the 31st of March. Faced with over five hundred submissions, a viewing committee was formed by Film and Television Studies students at the University of Glasgow, who watched and rated the entries over the summer. The best were collated into a longlist, that after repeated viewing and lengthy discussion, was cut down to just fifteen films.

Whilst screening for the duration of the festival, the films have been judged by four film professional jury members - Cecile Emeke, Ana Camile Esteves, Edima Otuokon and Lara Utian- Preston - and we have now arrived at our winner!

We have been so lucky to engage with our directors in live panel discussions, talking about their filmmaking processes, the responsibility of filmmaking and the exciting new projects they have upcoming. The competition offers a unique chance to platform the works of aspiring African directors, and the range of films that we have had the pleasure of screening this year is a testament to the creative quality that emerges from the continent and diaspora. You can watch them back on our Vimeo channel.

If you missed it, "Da Yie" will be made available to watch again over the final weekend of the festival (27-29 Nov).