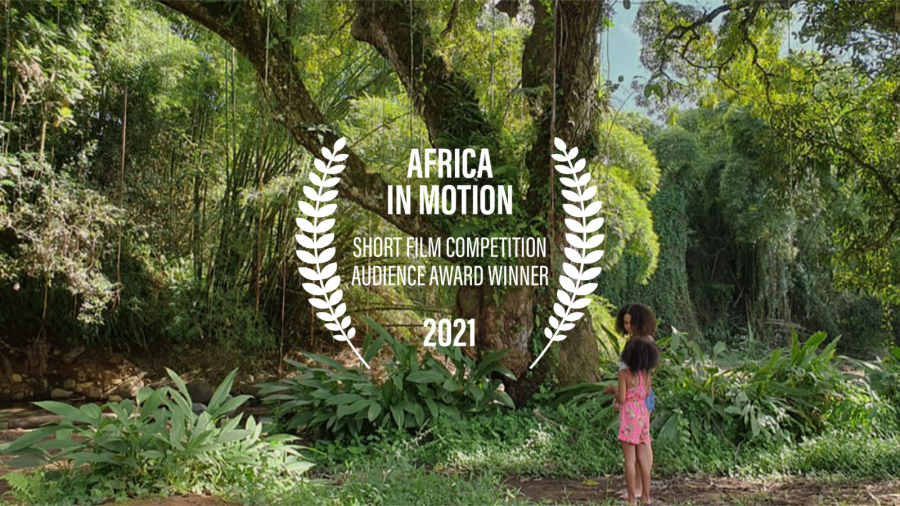 The votes are in! We are pleased to announce that Dorlis (2021) directed by Enricka MH, has been selected as this year’s audience award winner of the Africa in Motion Short Film Competition. The final shortlist of sixteen films, all exemplary of the brilliance of emerging African talent, was watched and discussed by three film professional jury members - Eloise King, Ntare Guma Mbaho Mwine and Yared Zeleke - and the Jury Award winner selected this year is Al-Sit (2020).

In the film, Nora, a 15-year-old Martiniquan teenager, has to follow her mother and 6-year-old little sister, Mélissa, to the north of the island, to live at Henri’s, her grandfather. He is paralysed after a recent stroke, and they settle to provide him with daily assistance. But very soon, the atmosphere of the house and Henri’s presence make Nora’s childhood memories resurface, embodied in the fear of an aggressive evil mind.

The process of choosing the Africa in Motion’s Short Film Competition jury winner began months ago, when we closed our submissions in early July. With over six hundred submissions, a viewing committee was formed by Film and Television Studies students at the University of Glasgow, who watched and rated the entries over the summer. The best were collated into a longlist, that after repeated viewing and lengthy discussion, was cut down to just sixteen films. The competition offers a unique chance to platform the works of aspiring African directors, and the range of films that we have had the pleasure of screening year-on-year is a testament to the creative quality that emerges from the continent and diaspora.

A big thank you to our audience for your participation and support!