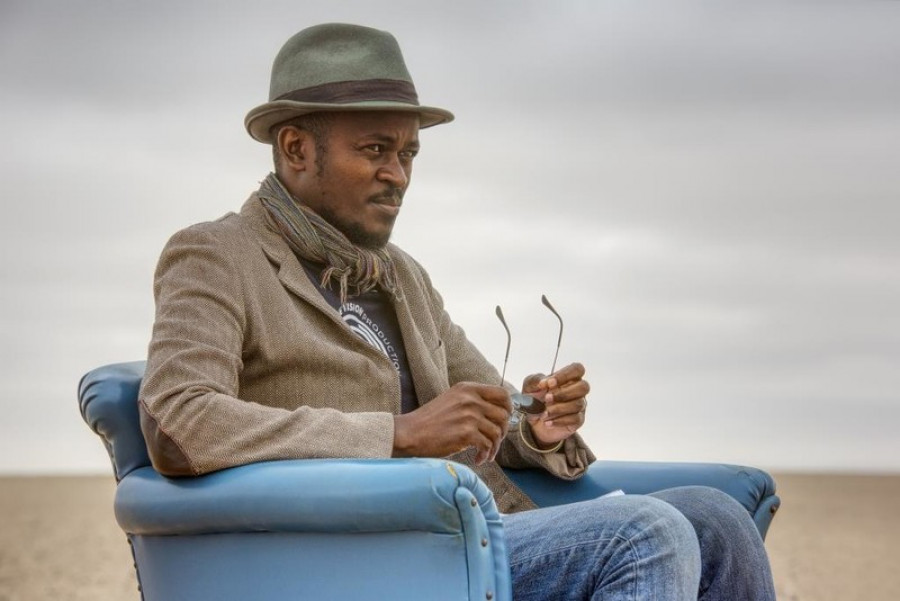 IR: Before we start, I'd like to say that your film, for me, was one of the most memorable cinematic experiences of this year. I think it is absolutely brilliantly filmed and acted, and I admire that it allows the audience a certain amount of 'breathing room' for individual interpretation.

My first question is, perhaps, an open-ended one. How did you develop the idea for the film, and what inspired you to make it in the first place? Was there a particular thought that you wanted to express through this film that has been on your mind for a while? 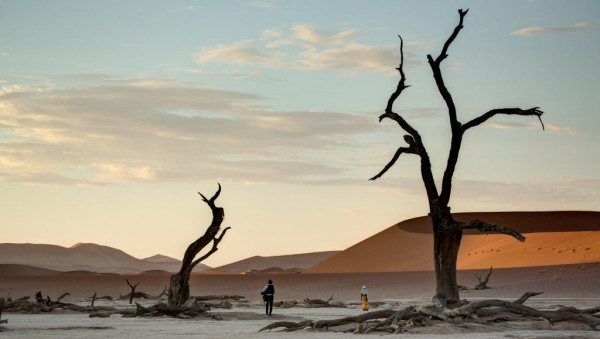 JH: Thank you so much for your positive feedback on our film. This is a special film to me, to Namibia and to Africa, as it attempts to offer a rare perspective and imagery.

I really challenged myself and, admittedly, everyone around me to trust in these intuitive images that I had before they actually could be captured. I think that is usually my process, but, in this case, I didn't even try to 'translate' it first into more conventional storytelling. It always begins for me with these images that haunt me. With this film, I wanted to create a cinematic world where the audience could experience it with me without me telling them exactly what they must feel. For me I can relate to the feeling of being voiceless economically, politically, socially and spiritually, exploited and dispossessed. You are expected to be submissive, accept what has been predefined to be you. Even if you shout, no one is listening, no one cares, you are the insignificant other, you are the INVISIBLES. The nature of the story I wished to tell required me to redefine traditional cinema, especially the so-called African Cinema. I knew that if I were to follow traditional storytelling, I could have made 10 different films, and the audience might still not have gotten what I wanted to say. At the same time, I can also metaphorically relate to being both the subject and the object, in front of the camera and behind it, watching what is happening, but also being part of it, being active and passive, having agency and feeling powerless.

Often ‘the rest of the world’, and that includes ourselves in Africa, do NOT expect certain images from Africa, and I have been keen to see my image presented in a certain way that reflects my world and offers my unique perspective. I wanted to present a different black or African image in a way that does not make it exotic, but accessible. It is awfully difficult to make a film like this (a bit outside the box), because we are born in a system that was not set up to celebrate my stories. As a creative strategy, I used a lot of metaphors and symbols to express the feeling of being invisible and screaming in silence, allowing the audience to interact and individually interpret what they see. Making this film without dialogue in a way allows everyone to watch it and understand it in their own language.

IR: At least from my viewpoint as an audience member, I feel that your film has achieved what it set out to do by conveying complex and concrete messages symbolically – gesturing at them, rather than simply pointing.

The film does certainly have a unique visual quality to it, one that few expect from African cinema. What comes to mind is one of my favourite shots in the short, where the male protagonist is sitting at a bus stop in a sort of tableau vivant reminiscent of European paintings – everything is static, yet the interior of the character is clearly in motion. 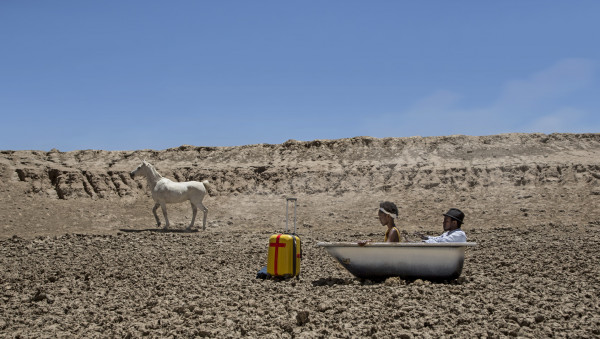 I’d like to ask you a little bit more about the main characters of the film. I think that both protagonists are extremely memorable and admirable, and I’m very curious why they in particular, and their unique fears and worries (sexual religious guilt for one and fear of future death in the other) were chosen for the film. Did you feel like issues of guilt and fear are those that most vividly describe the key traumas of the modern Namibia?

JH: I am glad to hear that you think our film achieved what it set out to do. Reading your feedback, I feel you are one of the few people who understand what we were trying to say creatively and you manage to articulate it in the way I can only show/visualize.

With regards to your questions:

In the context of modern Namibia, one protagonist is drowning in guilt, shame and cannot look at herself in the mirror because she betrayed everything she was told to be, to do, to believe. Not only has she been experiencing sexual pleasure/orgasm in her sleep, but she enjoyed it. She loses control of her body, the temple of God, and she feels unworthy. To me she represents the unquestionable exploitation of church and its power to force the masses into submission. And then, as you said, it speaks to the contradiction between sexuality and church, and especially female sexuality, and I believe that the church, or the way it is interpreted, is troublesome in many ways. On a certain level it teaches us to reject and be ashamed of who we are as well as what we truly desire, and the fact that the church arrived here quite late means it really did not integrate with traditional beliefs; all the images of Jesus and the Saints depict them as white.

The male protagonist is spiritually, economically, historically and physically dispossessed. Is he even here? Does it even matter? Who cares, no one will miss him if he dies. He is a body. There are no future prospects for him. That is the story of most youth that live in Namibia, a rich country twice the size of Germany with a population of 2.3 million people. Having both of them travelling in the endless horizons of such a beautiful country is almost a contradiction, but it is very important for them and us to reclaim and find our space and who we are. I hope I’m making sense.

IR: Much of your film focuses on the movement of bodies through space; as you said, the fact that both protagonists are reduced to their physical shells is crucial in terms of their sense of guilt and helplessness. I’d like to hear about your, and your crew’s, journeys in this context too. How did you select the locations for the film? Was the film planned and scripted throughout, or was there an element of improvisation? 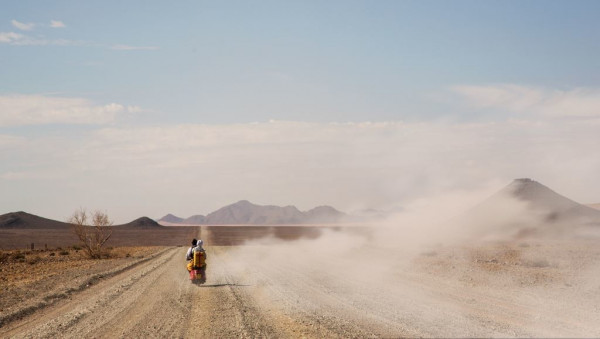 For the last question of this admittedly brief interview I’d love to ask you about your current or upcoming projects or whether there is anything in particular that you’d like to say to the readers of this dialogue.

JH: It was a quite challenging to find the right creative team, and after I found them, we needed about a year to discuss the story and our creative approach while working other jobs. All of them were aware that this was a self-funded film and were intrigued by the experimental approach. I don’t take it for granted that they gave me the benefit of the doubt even if they were not always sure about what I was doing.

I took the time to travel the country for proper location scouting and sketched the storyboard of how each location should appear and what it would mean to the story. I am inspired by the dryness, dead trees, the desert, and also the beauty, life and perseverance of nature. Namibia is really special in that regard.

It wasn’t scripted per se, but rather storyboarded, which turned to be very helpful in this case because every time we arrived on a location, everyone knew exactly what to do. We also had enough time to discuss everything as we drove through the endless horizons of Namibia. Few times we had to make adjustments on locations. As for my lead actress, I had a lot of conversation with her about the meanings of the images and the emotions we go through. She was just amazing in translating that into her performance.

We are working on a sequel of Invisibles to be shot in Peru, and I am very excited to film in iconic locations such as Machu Picchu and the Rainbow mountain. We are also developing an Afro-futuristic action film to be filmed cooperatively between Brazil, Nigeria, Colombia, Korea and of course Namibia. We are also really using these festival opportunities to explore collaborations with filmmakers in the diaspora. In this regard these are exciting times.

Audiences across the globe are hungry for unique films that offer different perspectives, and that is exactly what we are planning to do. We are not alone, this is a community and wherever you find yourself, reach out if you want to be part of it.