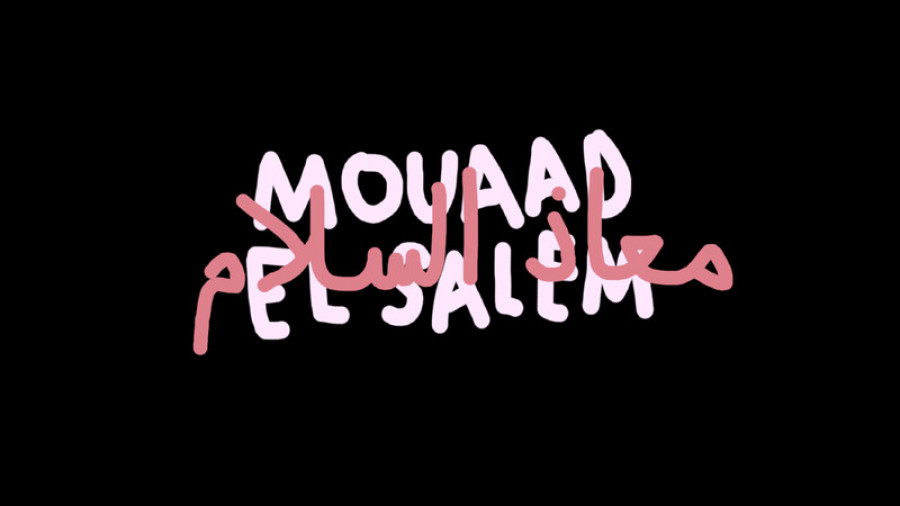 Mouaad Al Salem’s debut film This Day Won‘t Last is a raw and authentic experimentation with personal videos and photographs showing what it feels like to be queer and young in Tunisia where homosexuality is illegal under the Article 230. The film touched me and left me wondering, returning to the images and the feelings for days after watching. That is why I took the opportunity to interview Mouaad. Our virtual conversation can be read below.

MV: Watching This Day Won't Last I was struck by the feeling of necessity to film. One of my beloved directors, Jonas Mekas, used to say that one should only make films if one is incapable of not making them. I felt that while watching. So, I was just wondering, what is your personal relationship with cinema and why do you think that this medium was the best to tell your story?

MAS: I felt this necessity to tell the story of me and my friends: to prove that we are here and to leave a trace. It felt the right medium because I’m passionate about cinema and I’m making images anyway. I would love to study at film school. Unfortunately, that’s not an option for me. I was studying Economics, but I had to drop out because it was too expensive.

MV: The film also demonstrates a strong collective spirit and, as I understand it, it was made in collaboration between you and Nour Al Amal. What did each of you bring to the film and how did you approach working together?

MAS: It is true that this film wouldn’t be possible without the help and energy of many people. Nour, who lives in Belgium, is my cousin and did the production and editing. We’ve worked on this film for two and a half years. Together we tried different things in order to find a way to create a safe space. We did this mainly by talking, looking at pictures, sharing ideas, and our fears and doubts. David Chaloiti, who did the translations and the sound for the film, was also a key figure. He’s a Tunisian activist who fled 5 years ago to Brussels. He was a perfect bridge between Nour and me. When he entered the process, it became more than a ‘family project’. Huda Asfour, who made the music for the film, is a Palestinian born in Lebanon. She lived in Tunisia until she was 14. After that, she lived in Ramallah, Gaza, Caïro, and Washington. She is very familiar with Tunisian music and knows what it is to be displaced. She understood the project very well and added ‘hope’ with her music. 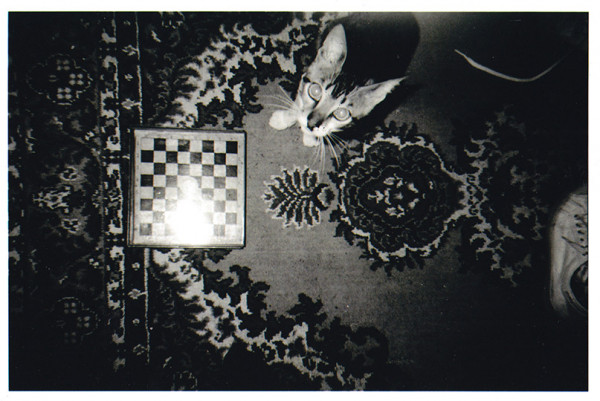 MV: In one scene at the beginning, you contemplate not knowing what is going to be recorded. It made me wonder what the process behind the production was. Did you film intuitively and then created a structure afterward or did you have an idea of how the film is going to look before you picked up your camera (or should I say phone)?

MAS: Even before we worked on the film, I was already capturing my surroundings, my friends, and my reality with my phone. Nour and I exchanged images and thoughts via the internet. She made edits and those were departure points to work further. Everything was done very spontaneously. I wanted it that way. The structure was created gradually. There were so many things that I wanted to say, but I couldn’t find the right words. I live in my parents’ house, so there’s not so much privacy here.

MV: This Day Won't Last is a very personal film, even though we never see your face I feel like it exposes you even more by expressing your personal fears, feelings, and thoughts as well as glimpses of your life and how you see the world through the camera lenses. It takes a lot of bravery to put oneself out there for everyone to see. How do you feel about exposing yourself in this way? And is it important to you how people receive this portrayal?

MAS: The first idea of this film was to pay tribute to the activists that are fighting for the cause. I had a more classical documentary in mind. We spent a lot of time contacting and talking to them. Most of them are my friends. When things became more concrete they didn’t show up out of fear. By now, most of them have left the country. I still had this urge to tell about us, our existence, and our fears. I soon realized that I would be the one to do it. So, we’ve looked for a way that was personal but safe with the technical material at hand.

MV: For me, it is also interesting to think about how your film might be more accessible to Western audiences than your native ones because of the threat of imprisonment. This Day Won't Last has been traveling to festivals around the UK, France, and Belgium as far as I know. How do you feel about Europeans seeing your film, especially given that the current situation with article 230 is closely connected to European colonialist forces? Do you think that spreading awareness helps your situation?

MAS: I had no idea where the film would be shown. It gets a lot of attention from different corners of the world and we are extremely thankful for that. My story and our reality travels there where I can’t be.

I have the impression that people are touched, and some recognise themselves. I feel less alone.

Last week I was in conversation with the lovely people of the Queer Qandī film festival in Cambridge. They’ve put me in contact with an Iranian filmmaker, a Sudanese film programmer, an Egyptian activist, a Lebanese filmmaker… we have been chatting and dreaming together. Those encounters are very inspiring to me. We joked about what we would do if we were the heads of our country. I said: ‘Everyone on high heels!’

I hope, and it may sound naive, that people who have influence sees it and takes action. Around 2017- 2018 the abolition of this article was high on the agenda, but then the attention and initiatives fainted away after president Beji Caid Essebsi died. Mrs. Bochra Bel Haj Hmida is an activist and politician who is very committed to individual freedoms and equality in Tunisia, I hope she will see it. There is a film festival in Tunisia called Mawjoudin Queer film festival and we hope to be screened there. The film was not ready in time to be selected for the (cancelled) 2020 edition… I’ve only seen my own film on the phone with which I shot most of the images…

We’re looking for other opportunities in Africa and the Arab world. Our passage at Africa in Motion might help with that. Huda remarked that even young gay Muslims in Chicago would be able to relate to my story. So, as far as I’m concerned there are no limits as every screening at a festival, in a community centre, or at a school can generate empathy for people in my situation.

MV: To finish on a bright note, I could not help but feel a strong sense of hope in your film which I found really beautiful. Where do you find the strength to keep fighting? Are you planning to use cinema as a tool of resistance further on?

MAS: Without hope and fantasy, there would be nothing left. I truly believe that the situation can be changed and I wish that This Day Won’t Last can inspire people to go on and take action. I find inspiration in conversation and collaboration. My friends tell me that I look so happy when I talk about this film, so yes I will use the medium again to express myself.

The interview was slightly edited for the purpose of clarity with the approval of the director.