Notes on Fatma 75 by Tharwa Boulifi 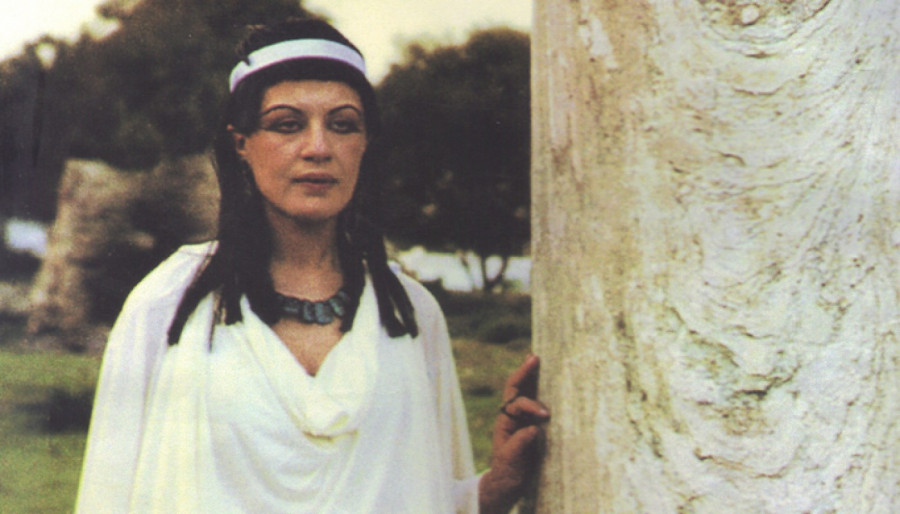 Girls of my generation grew up with the idea that men and women are perfectly equal, that fundamental rights (access to education, to the labour market, individual freedoms etc…) are natural and evident. We always hear that our country Tunisia is a pioneering country in women’s rights, which is a source of pride for us. However, we never asked about the process that led to this reality or the different actors who contributed in making this reality come true. That’s one of the main issues that Selma Baccar tackled in her movie Fatma 75, which traces the history of feminism in Tunisia. In her movie, Baccar paid tribute to all the feminists who contributed to the emancipation of Tunisian women and recognised their efforts not only in feminist activism but also in popular activism for Tunisia’s independence in 1956. But the movie didn’t only mention the rights that women gained, it also highlighted the different problems that remained unsolved. Hence, Fatma 75 gave a clear picture of Tunisian women’s situation, gains, and challenges.  However, as a young Tunisian feminist and after more than four decades since the film was made, I wonder how the feminist movement has evolved, how women’s rights progressed or regressed and ask about the new challenges we face in our current socio-political context.

Since The Code of Personal Status in 1956, Tunisia has been known for its strong legislation which protects women’s rights. A little after the 2011 revolution, in 2017, the Tunisian parliament adopted a new constitution with new laws reinforcing women’s rights. These laws prohibited rapists from marrying their underage victims so they can avoid being persecuted. In addition, the age of consent rose from 13 to 16 years old, marital rape and sexual harassment were criminalized too. Moreover, wage and work discrimination against women became punishable by the law. Hence, these new laws were admired by countries in the West and other parts of the world, who saluted Tunisia’s efforts to achieve gender equality. Unfortunately, many of these laws remained only ink on paper and many women still experience sexual violence and wage discrimination.

Despite the strong legislation protecting them, Tunisian women still suffer from the patriarchal mentality of the conservative society. The issue of sexual harassment, which has been a major feminist issue during these last few years, wasn’t explicitly raised in Baccar’s movie. This is probably due to the fact that tackling this wasn’t their first priority, since women wanted to get the right to access education and their individual freedoms first. But, the issue of sexual harassment is inseparable from work or studying, as it can take place anywhere. In October 2019, after a 19-year-old Tunisian girl posted a video on Facebook where a Tunisian politician sexually harassed her, the Tunisian MeToo movement was created under the name #EnaZeda (which means me too in the Tunisian dialect). The #EnaZeda movement created a Facebook page which was a safe platform for sexual harassment victims so they can share their experiences. The page went viral and the admins received tons of testimonies from women from different ages and backgrounds. They shared the details of their sexual harassment experiences and abusers were from a variety of different backgrounds and environments (in schools, families, workplaces, celebrities…). Even men and LGBTQ+ people shared their experiences of assault. The #EnaZeda movement wasn’t solely a feminist movement, it has become a human one against abuse in all its forms. The internet and social media helped spread the victims’ voices and give them a kind of “justice”.

While social media networks had a positive effect and helped the feminist movement, it also was a platform to spread misogyny and sexist content. In fact, Tunisian women get bullied on social media, body and slut-shamed on these platforms. Sexist jokes and harassment are shared and appreciated and victims blamed for their trauma. When a woman tries to stand up against this violence, she might be called names or even receive death threats. Thankfully, Tunisian women learned to support each other and stand against abusers. Now, when a woman is bullied, other women come to her rescue, support her emotionally, and by reporting the post or the person as violent content. The cyber-bullying issue is quite recent and is becoming a serious problem for women.

Baccar didn’t mention the issues sex workers face in her movie, presumably because it was and still is, a taboo topic. However, since the French colonization in the 19th century, the Tunisian government provided, state regulated brothels where sex workers practice their job legally. Sex workers are in some ways protected by the State who provide regular medical visits. But, sex work remains a taboo subject in Tunisian conservative society and there is growing pressure to close downthese brothels .

The plight of women living in rural areas, as mentioned in Baccar’s film, has been a long-term problem since these women suffer territorial inequality. Many of them don’t get access to education or drop out early from school due to their economic status. But even so, they are often victims of the patriarchal and more conservative mentality of their environment. Even when they decide to move to the city in hope of a better future, women often work as domestic helpers, where they can be at risk of abuse from their employers and fired if they denounce their abusers.

Fatma 75 shows us that the feminist movement is a social and human movement that has been here since the dawn of the time. It has constantly evolved over time and adapted to different circumstances. As Tunisian feminists, we’re connected to each other and to our feminist ancestors. We should protect the assets we gained and aspire to more equality in order to ensure a better future for the next generations.

Fatma 75 is screening online as part of DIVE IN Cinema from the 21st-23rd July. Find out more information and watch the film here.