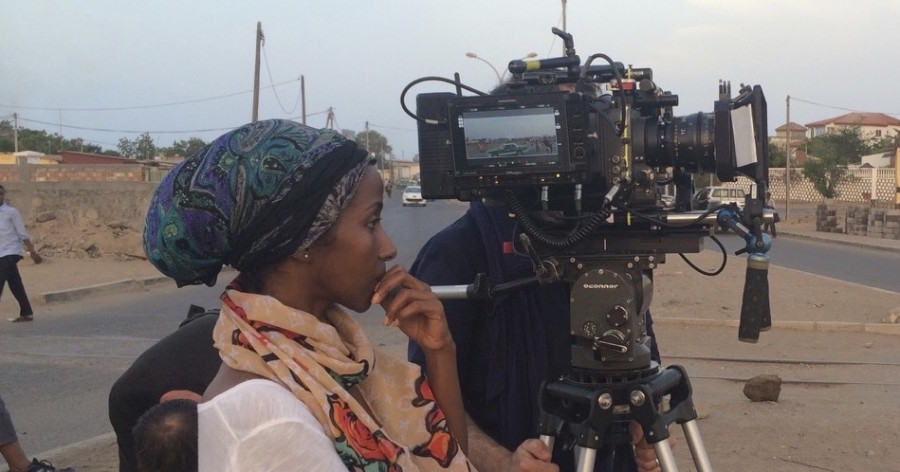 Africa in Motion Film Festival (AiM) is delighted to announce the shortlist for the annual Short Film Competition. Due to the unique circumstances of this year’s competition, the screenings of the films will be completely free and online for the duration of the festival. AiM’s annual Short Film Competition has been running successfully since 2008 and this year, the festival received over 450 entries of an outstanding quality and variety including animation. Filmmakers from Africa and the diaspora were invited to submit short films made after 2018 with a running time of no more than 30 minutes. The competition aims to promote and support the work of young and upcoming African talent.

The winning film and director will be announced at the festival’s closing and will receive a prize of £500. Viewers will be able to submit star ratings after watching the short films and an Audience Choice Award will be granted as a result. Africa in Motion aims to uplift the brilliance of African cinema, and this year’s competition is exemplary of the talented work that these aspiring creators continue to produce. Ranging in topic, theme and form, the virtuosity of African film has shone through this unprecedented period. Viewing committee member Ben Allardyce says, “the selection process for us wasn’t easy this year due to the range of great films that were submitted. However, we have managed to select 15 insightful films that we feel exhibit the strength and power of African filmmaking.”

The winner will be selected by an expert jury of international film practitioners well versed on the experiences of African and Black diaspora filmmakers. Cecile Emeke is a director, writer and artist. Her credits include directing the TATE Modern commissioned art film, ‘The Ancestors Came’, as well as working with Sky (In the Long Run) and HBO (Insecure). She is currently working on her debut feature film backed by the BBC. Ana Camila Esteves is a journalist, cultural producer, curator and co-founder of Mostra de Cinema Africanos (Brazil African Film Festival). She also holds a master’s degree in film studies and is pursuing a PhD on everyday life narratives in African cinema. Edima Otuokon is a co-founder of the Ladima Foundation, a non-profit organisation with an aim of correcting the gender imbalance across film, television and content in Africa. She is also an expert in creative sector reform and involved with several film festivals such as Zanzibar International Film Festival and Cape Town International Film Festival. Lara Utian-Preston is the CEO and other co-founder of Ladima Foundation and is an expert on development of the creative sector in Africa. She is a regular contributor to Screen Africa magazine, and is in the final year of her master’s degree at the University of Cape Town.

Additionally, AiM presents a panel event Being Young, Creative and Black in Scotland with Royal Conservatoire of Scotland (RCS), GMAC Film, Fans Youth Film Festival and Fair Access at RCS. This collaboration brings together young Black filmmakers and creatives for an online discussion that forms part of RCS’s Film Department’s Open Day, AiMs Film Industry Programme and GMAC Film’s Little Pictures training programme (a new short film scheme specifically aimed at BAME and under-represented communities). Young creatives based in Scotland will discuss their journeys in the creative industries, from acting and performance, to directing, scriptwriting and curation. Our aim is to encourage young Black creatives to engage in the arts and help them develop their craft and career.

In related industry programming,  we are thrilled to connect a diverse and bold array of industry professionals and artists with a wider than ever before UK audience.  This includes our opening film Dhalinyaro (Lula Ali Ismail, Djibouti, 2019) a tender coming-of-age tale that is also the first feature to be directed by a female director from Djibouti. The online screening will be followed by a director’s Q&A. En attendant les hommes (Waiting for Men) (Katy Léna Ndiaye, Mauritania, 2007) is an intimate portrait of women talking about views on marriage, motherhood, sexuality and desire, in a society where many of the menfolk are absent due to labour migration. Ndiaye will also present a documentary masterclass in partnership with Scottish Documentary Institute. Taking place throughout November, audiences can tune in to masterclasses, Q&As with the creatives behind our programme selection and discussions with experts in their fields. This includes Dr Kehinde Andrews (Back to Black), Emmy award-winner Rehad Desai (Miners Shot Down, Everything Must Fall), Oscar nominee Sam Soko, Toni Kamau, the youngest female African documentary producer to be invited as a member of the Academy for Motion Pictures Arts and Sciences, and a conversation with Bristol and Europe’s first Black mayor Marvin Rees, director/producer duo Loraine Blumenthal and Rob Mitchell hosted by Glasgow Councillor Graham Campbell.