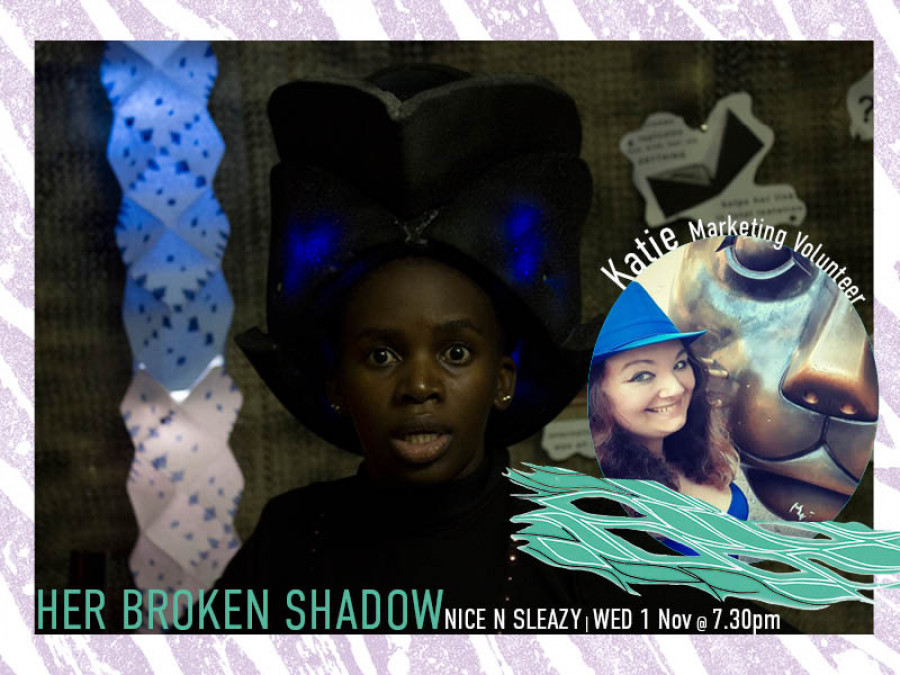 This is my second year with Africa in Motion and in this short time I’ve already had the opportunity to experience some fantastic films from across Africa. I’m also a huge fan of horror and sci-fi films, so the film I’m most looking forward to at this year’s festival is the UK premiere of Uganda’s first ever science fiction film Her Broken Shadow.

Dilman Dila claims Canadian cult horror Cube (1997) as one of his main inspirations for Her Broken Shadow, building on the idea of lonely people trapped in a claustrophobic setting. The Ugandan filmmaker’s second feature film follows the lives of two lonely female writers living a world apart, each is the other’s doppelganger. When the boundary between their worlds collapses they are forced to meet, upon meeting the pair discover they are the protagonist in the other’s novel. However, the line between reality and fantasy begins to blur as they each believe they are real and the other is a fabrication, and struggle to understand their very existence and avoid a descent into madness.

Dilman Dila has won awards for his previous films and stories, and although a man penned the film it has still been F-Rated because of its female centric story and I am always excited to see more films, especially science fiction films and other typically male-dominated genres, with female led stories.  So many films are based upon or pander to negative western stereotypes of Africa, but genre films challenge these and allow so many more exciting and interesting stories to be told, and what’s not to love about that?