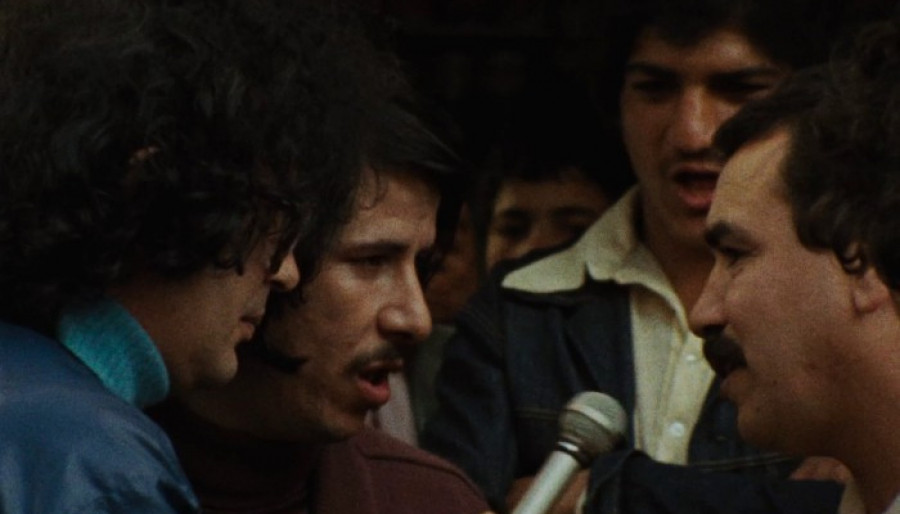 I first saw Mostafa Derkaoui’s ‘De Quelques Evenments Sans Signification’ at Berlinale in February. People crowded into a small cinema to watch the film for the first time. The film had gained an almost mythical status and members of the Moroccan film and visual arts community (including AiM favourite Narjiss Nejjar) welcomed Derkaoui with loud applause.

A docu-fiction hybrid, De Quelques Evenements Sans Signification was banned before its release and before being lost, had only received one public screening at a film festival in Paris. Shot in Casablanca in the 1970s, it depicts people around the city’s bustling port discussing what their vision for a national Moroccan cinema would look like. But what starts out seeming a documentary quickly turns into drama when a worker at the port kills his boss. Blurring the line between documentary and the real, the film was a collective labour of love with a community of filmmakers, actors, musicians, poets and journalists. It’s a slice of Casablancan life rarely seen, and was hugely radical for its time. Made during the Years of Lead, a time of political suppression in the country, it was financed by the sale of paintings by contemporary painters.

The film has been lovingly restored by Filmoteca de Catalunya and Casablanca based arts organisation Atelier de l’Observatoire. It was programmed for AiM by Marrakech based curator and artist Soukaina Aboulaoula and I’m so excited to be have the opportunity to see it again.