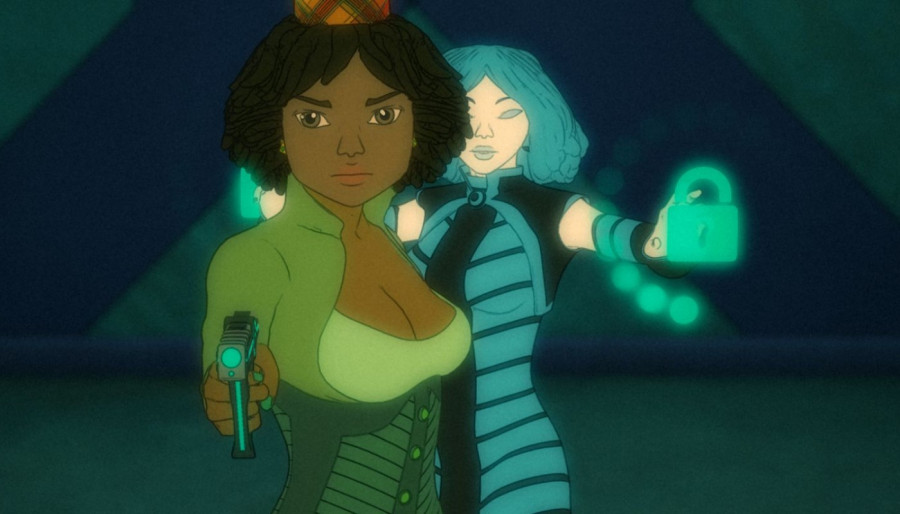 This animated feature film from the diaspora is an underappreciated master stroke. Alain Bidard, the director, imagines a future for Africans all over the world that looks back critically on the past, not bypassing slavery, the transatlantic trade and Black American emancipation, while it also contemplates its continuing legacy and the constant reinvention of the complex present. However, the film and its strong young female protagonist offer a sense of hope and optimism in that the power of the Black female imagination proves to be a force to be reckoned with.

The gorgeous design of the animated world in this film and its characters, as well as the game aesthetic and its futuristic vision are awe-inspiring and you’ll come away from the film feeling energetic.

As an animated film this work has borrowed elements of anime, superhero movies and Afrofuturism. The texture, bodies and movements are atmospheric and enchanting, and the strong female characters and their voices are beautifully and innovatively represented. I love this film so much, and I cannot wait to see it again at the festival - the Brass Monkey punters are absolutely in for a treat, and as the pub is so laid back, and located close to Forbidden Planet, Edinburgh’s so called geek-shop, I really hope we’ll get to share this gem with the local animation fans. It’ll be the perfect setting to explore the world as it sprung from Alain Bidard’s imagination!