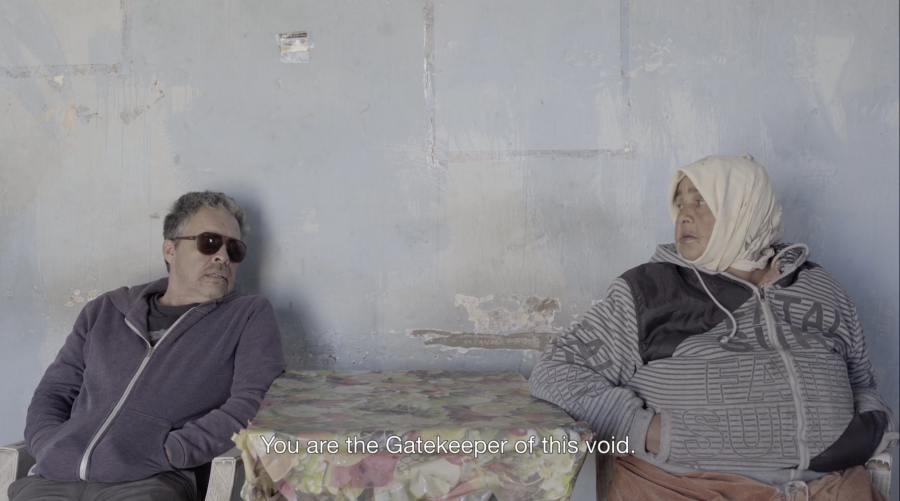 “We’re at Malika’s place… the gatekeeper of the void.”

Algerian filmmaker Hassan Ferhani brings us an understated gem in his second feature-length documentary 143 rue du désert (143 Sahara Street). The film is part of our "Mamas" strand, which examines our mothership connection and showcases films led by female elders. It is an intimate and loving portrait of "gatekeeper of the void” Malika, who runs a lone roadside teahouse in the middle of the Algerian Sahara. Malika welcomes truck drivers and travellers alike with tea, conversation and a devilish smile on their journeys along the desert’s Route nationale 1.

Ferhani calls the film an “inverted road movie”, which I think captures its appeal exactly. The people we might usually expect to be our protagonists - the nomads, the pilgrims, the actor, the man in search of his lost brother - are instead fleeting characters that pass through Malika’s world. The result is a charming montage of exchanges, from political debates to spontaneous musical performances, punctuated with personal moments that give us a glimpse into her own character, something that still remains a mystery for most of the film.

On second viewing, 143 Sahara Steet feels particularly resonant to our present moment. We are inside the four walls of Malika’s shop for most of the film. The camera remains a still and quiet observer as she goes about her days, looking out at the world and “contemplating the sand”. We are forced to confront our usual desire for action and theatrics, and really attune ourselves to the more subtle, but equally compelling flow of the everyday. This for me is something only documentary can do, and Ferhani masters it perfectly. 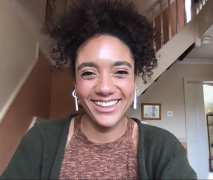 143 rue du désert (143 Sahara Street) screens in Africa in Motion 2020 from 6:00pm on Sunday 22nd November. It will be available to watch for 48 hours. The screening is presented in partnership with Küche is as a Digital Dine & View and is accompanied by a special Algerian recipe.