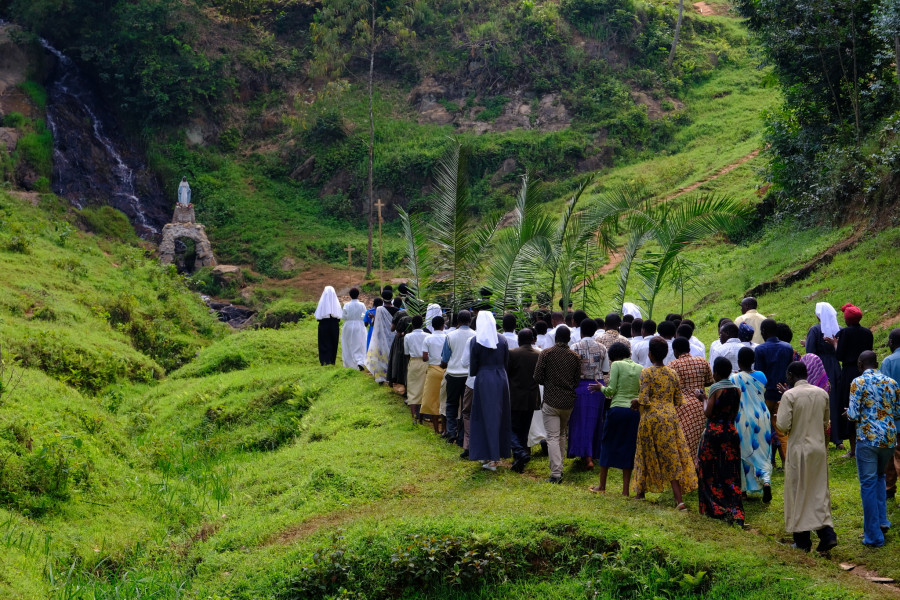 Our Lady of the Nile, based on the novel of the same name, tells the story of a group of girls who attend a Belgian-run boarding school in Rwanda. Set in 1973, the story addresses some of the issues which led to the genocide. An important film in terms of both the story and the perspective that it is told from, which is also a visually beautiful watch.

The way in which the director, Atiq Rahimi, incorporates imagery and symbolism is not only significant in the way that it touches on complex themes within the film, but it also leads to a unique and powerful aesthetic. Sound is played in a way that gives the film an almost dreamlike feel in certain parts. This effect is also achieved through the incorporation of creative dance in a way that detaches from the narrative.

I found watching this film to be an immersive experience. The beauty of the shots combined with the compelling performance of the cast, mainly comprised of young women, were aspects which stood out to me. The story itself is crucial in terms of how it offers a perspective on the tragic events that occurred in Rwanda and the lead up to the genocide. Through this film Rahimi leaves audiences in a state of both reflection and wonderment.

Our Lady of the Nile screens in Africa in Motion 2020 from 7:00pm on Thursday 26th November. It will be available to watch for 48 hours.