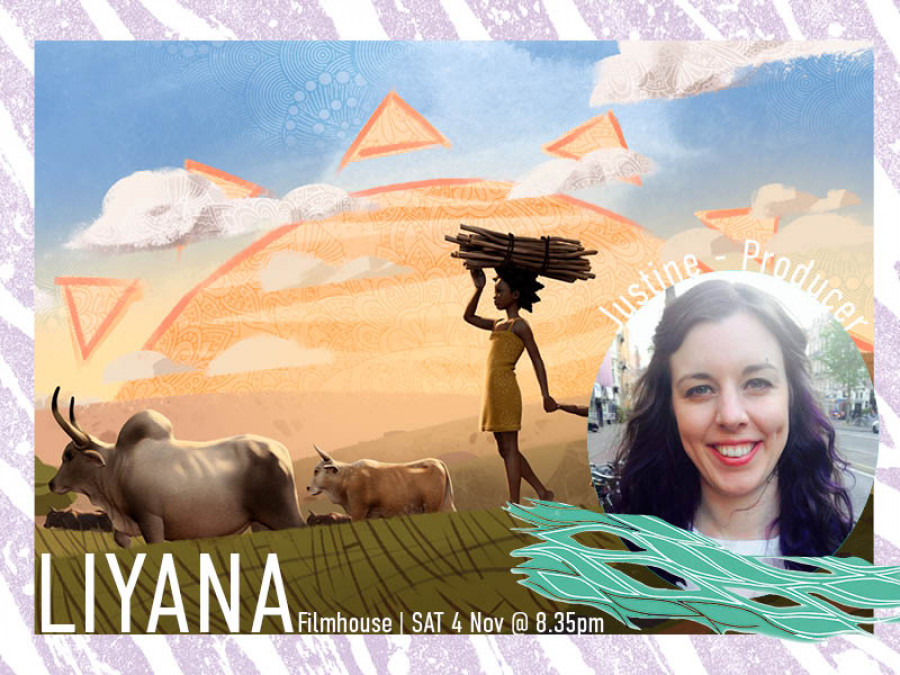 I’m Justine Atkinson, Festival Producer. I’ve been working for Africa in Motion for the last five years now, and over that time I’ve seen many incredible films from across the African continent.

My staff pick for this year is the new documentary-animation hybrid Liyana. I feel that this combination has brought to the screen a unique cinematic gem. Swaziland is home to over 200,000 orphans’ due to the high HIV rate, and the film focuses on a group of orphaned children, who are guided through the process of creating their own story. There are many films from Africa focused on powerless or teary-eyed children, victims of their circumstances that perpetuate negative images of the continent - narratives we normally steer away from.

Although, this film could have fallen into that category, it didn’t, it empowered the children to create their own story and as a result created something very special. They use their own life experiences to weave together an enchanting story of the young girl Liyana and her majestic protector the white bull. Narrated by the children the story is filled with loss, danger, fear and hope, magically captured through the animation created by Nigerian artist Shofela Coker.

But, you don’t have to just take my word for it, this year the film took home Best Documentary at the Los Angeles Film Festival and also an award for Artistic Bravery at Durban International Film Festival, it therefore arrives in the Filmhouse highly acclaimed this November.

Filmmakers Aaron and Amanda Kopp will be taking part in a Q&A following the screening.