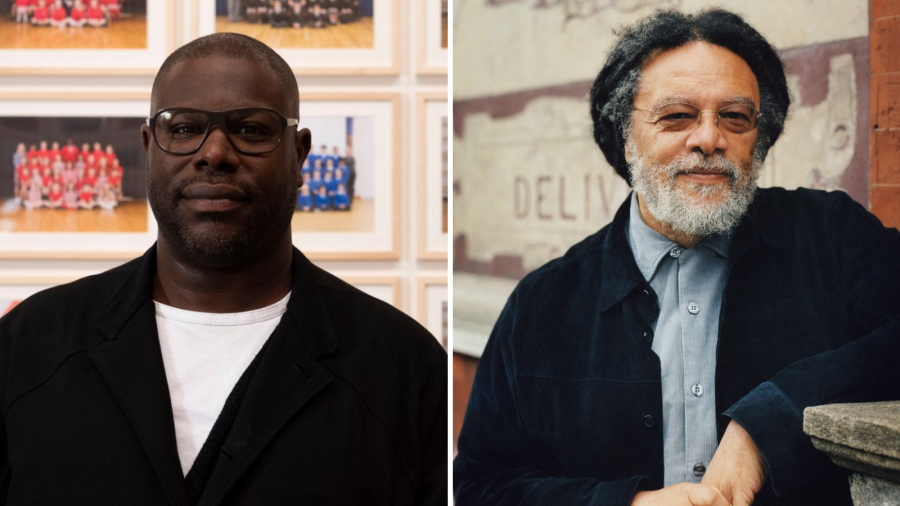 We are thrilled to support The Guardian live talk with award-winning artist and filmmaker Steve McQueen, Professor Paul Gilroy (winner of the Holberg Prize in 2019), Tate director Maria Balshaw hosted by former Guardian columnist Gary Younge with a special £5 discounted ticket rate. In 1999, McQueen won the Turner prize for his film and video works, and in 2014 his film 12 Years a Slave won three Academy Awards and two BAFTAs; Paul Gilroy is the founding director of the Sarah Parker Redmond Centre for the Study of Race and Racism at University College, London; and Maria Balshaw became the first female director of the Tate in 2017.

**This event is being streamed globally. Click here to automatically access the discounted rate.
In case there is an error, use the code 'AIM5' at checkout.** 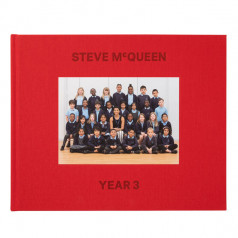 In 2019 Steve McQueen invited every Year 3 pupil in London to have their photograph taken by a team of specially trained Tate photographers. The result was Year 3 - a mesmerising large-scale installation at Tate Britain and on billboards across London of more than 3,000 class photographs of around 76,000 London-based children. In a new book, which features photographs from the exhibition, McQueen and Gilroy write about the collective and individual power of the photographs, which both capture the sheer size and diversity of the capital, and offer a glimpse of our country’s future - a hopeful portrait of a generation to come. McQueen, Gilroy and Maria Balshaw will talk to former Guardian columnist Gary Younge about the project’s creation, reception and legacy.

Running time: 60 minutes.
Closed captions will be available for this event.

Use this time zone converter to check your local live-streaming time. If you are unable to join at the time of streaming, this event will be available to watch on demand in the days following. A link to the recording will be sent to all ticket holders.

Sir Steve Rodney McQueen is a British film director, visual artist, screenwriter, film producer, television writer, television producer, and television director. For his artwork, McQueen has received the Turner Prize, the highest award given to a British visual artist. He is known for his award-winning film 12 Years a Slave (2013), directed and co-wrote Hunger (2008), a historical drama about the 1981 Irish hunger strike, Shame (2011), and Widows (2018), an adaptation of the British television series of the same name set in contemporary Chicago. In 2020, he released Small Axe, a collection of five films "set within London's West Indian community from the late 1960s to the early '80s". For services to the visual arts, he was appointed Commander of the Order of the British Empire in 2011, in 2016, he was granted the British Film Institute's highest honour, the BFI Fellowship, and in 2020, was knighted in the New Year Honours, for services to film as well as receiving the Award for Cinematic Production by the Royal Photographic Society.

Paul Gilroy is one of the foremost theorists of race and racism working and teaching in the world today. Author of foundational and highly influential books such as There Ain’t No Black in the Union Jack (1987) and The Black Atlantic: Modernity and Double Consciousness (1993), alongside numerous key articles, essays and critical interventions, Gilroy is a unique voice that speaks to the centrality and tenacity of racialized thought and representational practices in the modern world. He has transformed thinking across disciplines, from Ethnic Studies, British and American Literature, African American Studies, Black British Studies, Trans-Atlantic History and Critical Race Theory to Post-Colonial theory. Winner of the Holberg Prize (2019), which is given to a person who has made outstanding contributions to research in the arts, humanities, social science, the law or theology. He has transformed the canon of political and cultural history, making us aware of how the African diaspora – spurred into motion, largely, by racial slavery – was an extra-national, socio-political and cultural phenomenon which challenged essentialist conceptions of country, community and identity, and what is more, was constitutive of modernity.

Maria Balshaw has been director of Tate since June 2017. She has overall responsibility for Tate’s strategic direction and has worked to reframe the context and perspective of the institution. As Director, Maria is also the Accounting Officer appointed by the Department for Digital, Culture, Media and Sport (DCMS). Previously, Maria was director of the Whitworth, University of Manchester; Director of Manchester City Galleries; and Director of Culture for Manchester City Council. Maria holds a Bachelor of Arts degree in English Literature and Cultural Studies from the University of Liverpool and a Master of Arts degree in Critical Theory and a DPhil in African American Visual and Literary Culture from the University of Sussex. Maria is Chair of the National Museum Directors’ Council and is a Trustee of the Clore Leadership Programme and Manchester International Festival’s Boards. In 2015, she was awarded a CBE for services to the arts.

Gary Younge is an award-winning author, broadcaster and a professor of sociology at the University of Manchester in England. Formerly a columnist at The Guardian he is an editorial board member of the Nation magazine and the Alfred Knobler Fellow for Type Media. He has written five books including Another Day in the Death of America, The Story Behind Martin Luther King’s Dream, and No Place Like Home, A Black Briton’s Journey Through the Deep South. He has also written for The New York Review of Books, Granta, GQ, The Financial Times and The New Statesman and made several radio and television documentaries on subjects ranging from gay marriage to Brexit. In 2018 he was awarded an honorary doctorate from the University of Arts in London. In 2017 he became an Honorary Fellow of Cardiff University. IIn 2016 he was made a Fellow of the Academy of Social Sciences.