On grief and the transcendental nature of the human spirit 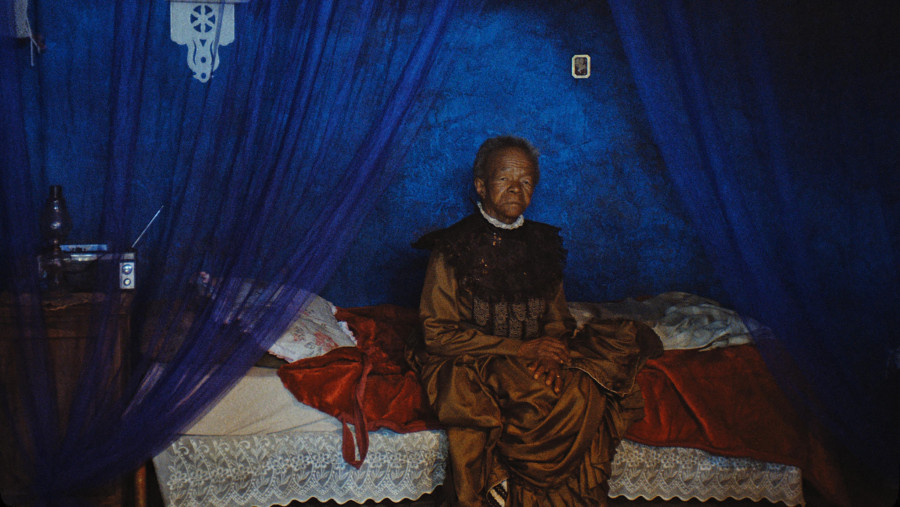 By Yas Ismail for Africa in Motion's Notes Unbound

This Is Not a Burial, It's a Resurrection from Lesotho born Lemohang Jeremiah Mosese is a tender and striking film, which illustrates the all-encompassing nature of grief and the strength of a woman who tries to preserve her village and its deceased.

Awarded a Special Jury Award for Visionary Filmmaking at the 2020 Sundance Film Festival, the film is set in the landscape of the Kingdom of Lesotho and tells the legend of 80 year old widow Mantoa, who is served a huge blow when her only living relative dies. This causes her to reflect on her own mortality whilst exploring how her will to live is reawakened when she discovers that her village is threatened with a forced resettlement to make way for the construction of a reservoir. This ignites her to rally up a spirit of defiance amongst her community to put an end to it. 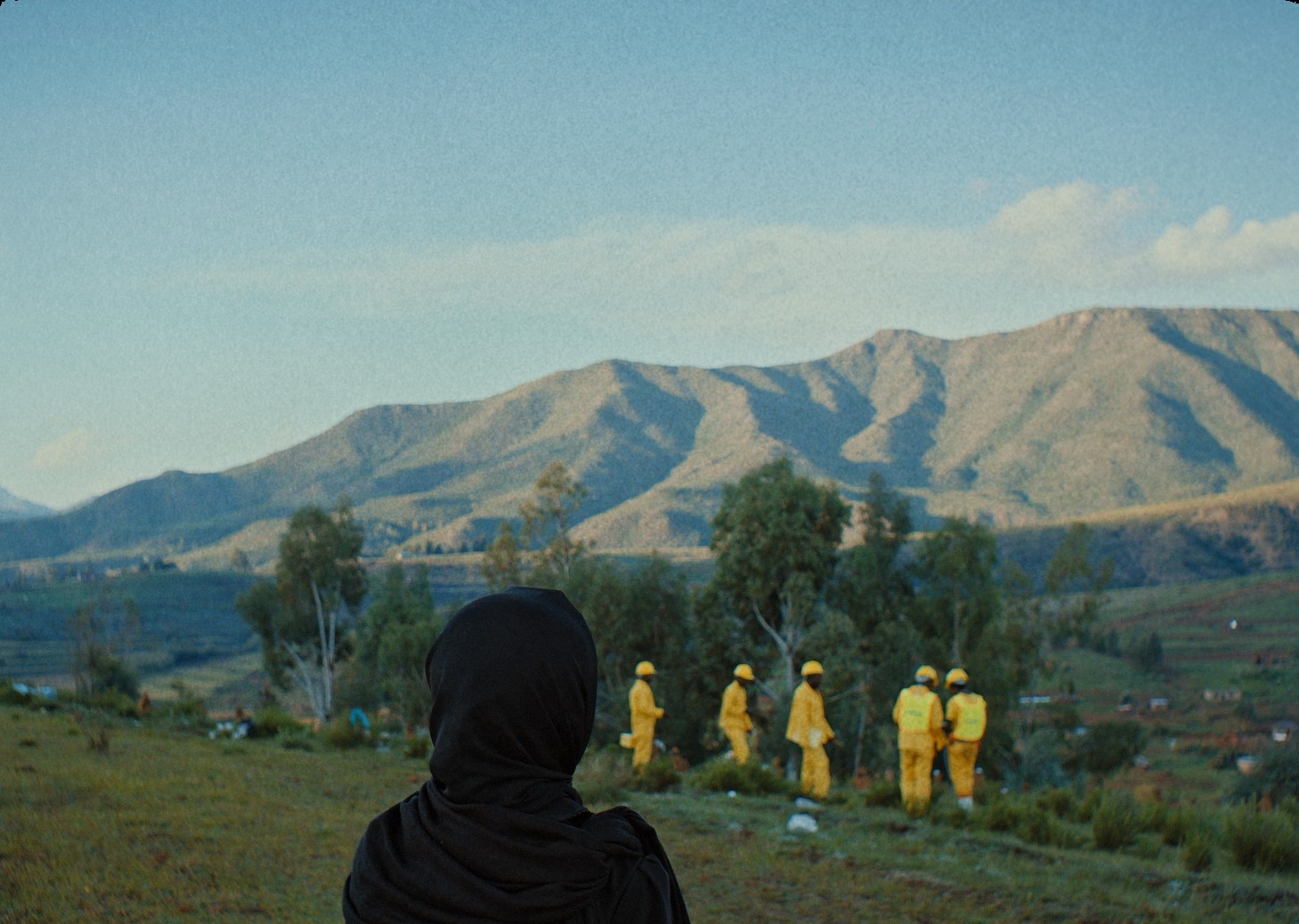 Inspired by real life events and the practise of resettling villages causing villagers to evacuate and dig up their dead, the film delineates the battle between the traditions of community and an increasingly modernised disruptive world which persists in spite of its history. This is established early on in the film’s opening, where a few people sway vacantly to bright lights and harsh music in a derelict and rusty bar, while an elderly lesiba player (played by Jerry Mofokeng Wa Makhetha) who wears traditional clothing and seems out of place,. begins to introduce us to the legend of Mantoa. She then cries out before she appears on screen amongst the vast beautiful Lesotho landscape. This landscape acts as a character in its own right, and introduces her to the audience as a powerful figure whilst also being symbolic of the pain, strength and determination Mantoa will come to represent.
Mary Twala Mhlongo, who sadly passed away in June, gives a stunning performance and commands the screen. She acts as a sort of landscape herself at times, in moments when she is dressed in regal clothing or where she sits in her house surrounded by vibrant colours as if being immortalised by the camera. Her portrayal of a woman grieving whilst finding the strength to act as a symbol of her culture and the ancestors who died before her is phenomenal. 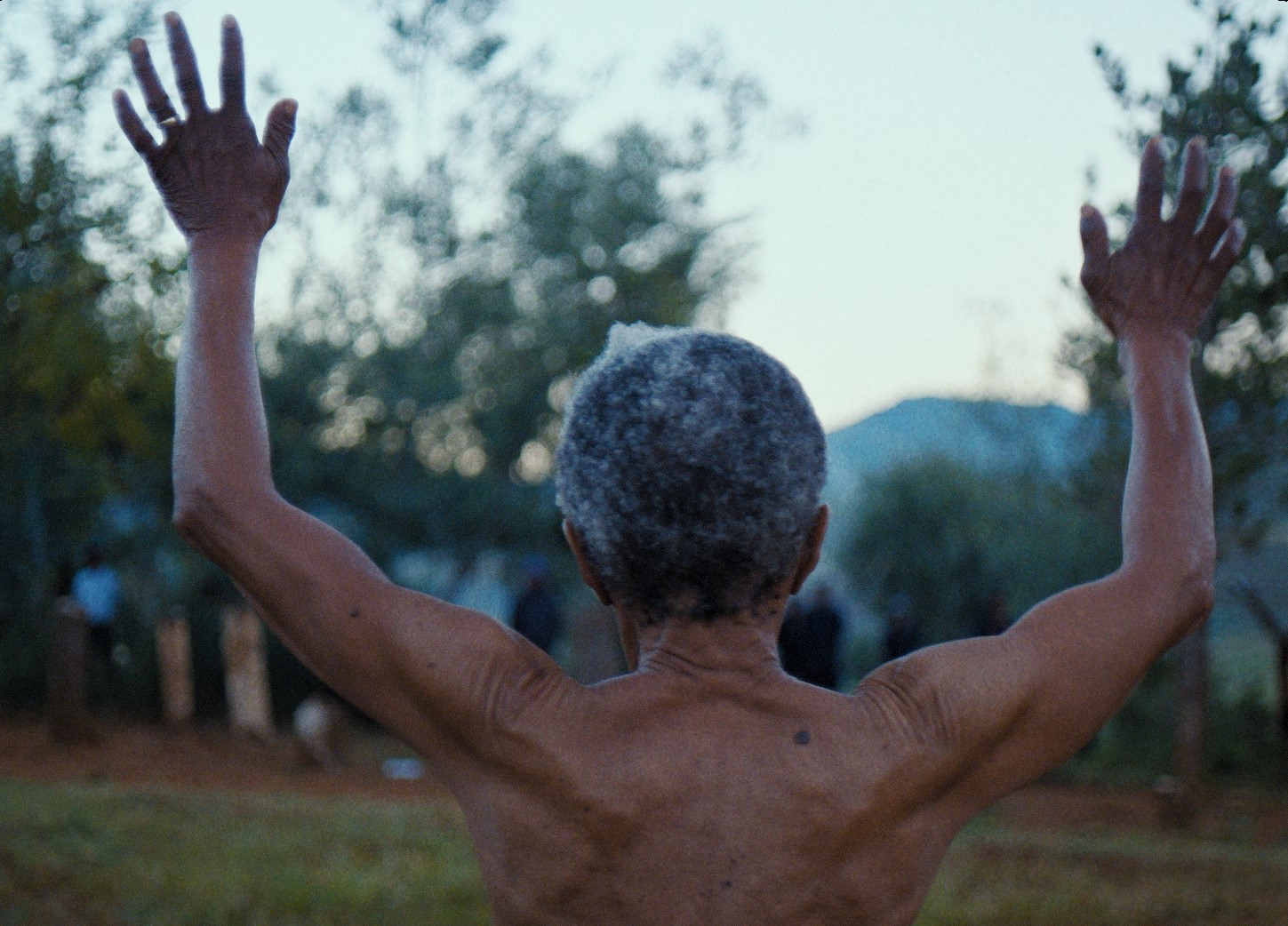 The cinematography throughout is mesmerising and helps depict the key themes of the film such as longing and grief, whilst the folklore and hallucinatory sequences that materialise effortlessly add to the narrative and create an unusual and other-worldly style creating an eeriness and peculiarity that’s unique to the film. This strangeness is also emphasised in the way tone appears to be non-fixed and ever changing, much like grief itself which is explored so candidly. This is Not a Burial, It's a Resurrection has the uncanny ability to transcend genres, flittering between drama, thriller and horror making it all the more impressive in how it manages to remain cohesive.
These stylistic choices make it impossible to predict what will happen next, particularly in each of the scenes where Mantoa attempts to get the people from her village to join her cause or when she discusses things with church leaders. But what is certain, is that this film explores the subject of grief, which is so often taboo - thoroughly - and asks big questions about what your spirit is fundamentally worth when you are no longer living, and how what has passed ultimately shapes what is becoming. 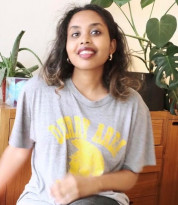 Yas Ismail is a Freelance Journalist, Digital Producer and Film Programmer from London. She has previously worked at The Guardian and BBC Three and writes about film, television and popular culture. Yas has also programmed film seasons, screenings and events in cinemas, where she has specialised in depictions of people of colour, films directed by women, and social issues such as gentrification, nuclear warfare and migration and worked on film festivals such as Underwire Film Festival. She tweets at @yaaas_ismail