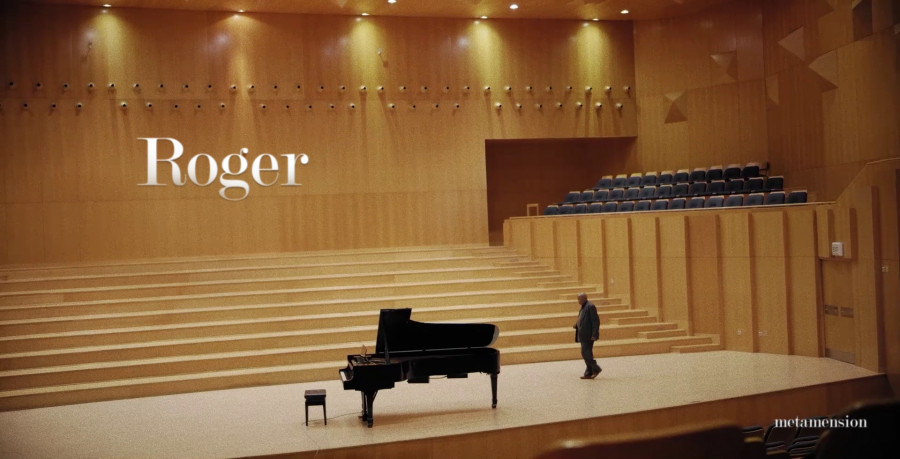 By Adam Murray for Africa in Motion's Notes Unbound

Those who are familiar with 2012’s The Creators: Documentary (Laura Gamse & Jaques De Villiers, S.A. 2012) will be aware of the film’s cinematographer Bernard Myburgh. The feature documentary explores the cultural landscape of the fallout of post-Apartheid South Africa through the perspectives, creative disciplines and life experiences of five uniquely different artists from different areas and cultural backgrounds across the nation. The Creators weaves together an intimate tapestry of the everyday struggles and experiences of a fractured nation striving to co-exist and reimagine a positive future after the fragmentation and harsh segregation of a brutally discriminatory system.

The film takes us on a journey through the country from city to township showing how art and creativity intersect and become conduits for empowerment, agency, identity and survival. Through eleven-year old animator Cashril Plus and his Mother Faith47’s Street Art murals across Cape Town, to the Afro-Blues musicians Ongx and Wara, the self-taught Opera singer Mthetho Mapoyi, demonstrating why their artistic disciplines can be both tools for activism and a means of income and resistance. Personal hero and B-Boy legend Emile Jansen from legendary group Black Noise connects the transformative power of Hip Hop culture through Cape Flats workshops and African Hip Hop Indaba. Through the voices of Poet and educator Blaq Pearl from Mitchell’s Plain to Africanfuturists Spoek Mathambo and Markus Wormstorm’s collaboration as Sweat.X, the documentary leaves a profound and indelible mark on anyone who’s had the opportunity to watch it and reflect upon the importance of art, freedom of expression and creativity, in shaping an individual and collective catalyst for, hope, growth and change.

“Apartheid. When I talk about Apartheid… I get the heebie-jeebies. During the Apartheid-era without music? Millions of people could get by because it was the only thing that they were holding-on.” 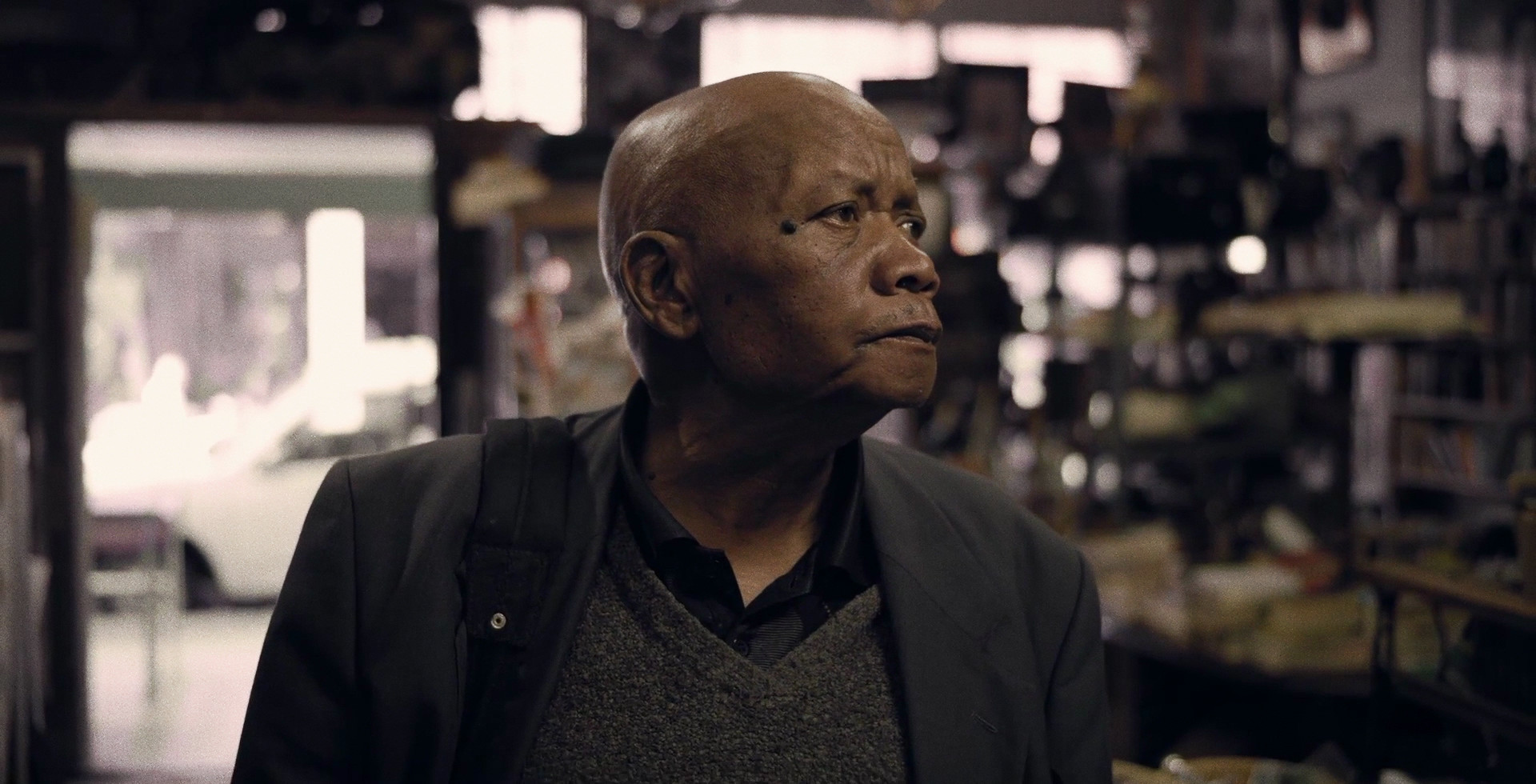 Within this heady mix of inspiring and passionate creative players we are also introduced to Jazz pianist Roger Kosa who becomes the subject for Bernard Myburgh’s directorial short film debut Roger. A Portrait that poetically infuses realist and abstract motifs in a succinct and impactful three minutes.

The film opens with a fuzzy piano track playing against a blank screen, until our protagonist Roger is rudely awoken by local kids playing with his electric keyboard at the foot of his bed. Roger’s bedroom walls are covered with vintage posters and postcards of John Coltrane, Miles Davis, Duke Ellington, Louis Armstrong and Nat King Cole. Roger sits at his electronic keyboard and just as he bursts into a recital, the keyboard cuts out… It’s old and its power cable seems faulty and loose, strapped with many layers of electrical tape. Roger has finally decided to play the keyboards final notes letting go of possession. Dressed and with keyboard packed Roger leaves his apartment. He misses his train. He misses his bus. Both events juxtaposed by jump cuts between the very literal realist acts of these events played out on screen along with shots of Roger’s emotive and weathered face and his emotional expressions of weariness and desperation. Along side these moments of despair we witness Roger’s journey through the landscape that surrounds him, an abstract geographic mapping of Roger’s socio-cultural situation and struggle; the train tracks, the logistics yards, having to journey underneath the motorway, not on the motorway to his destination, society paving over him. Working class, industrial and rugged, these are all liminal spaces, an artless dystopia. There is no ease of access for Roger, but regardless he soldiers on to his destination, perseverance in the face of adversity.

Downtown city streets and police sirens, these moments tell us Roger’s untold story of what it is to be the underdog in a world that never privileges or enables or nurtures, Mingus-like. Instead, it has blocked and limited his opportunities and creative and economic path in life. He just wants a new piano. Finally Roger reaches his destination. As he enters the second hand store and taps the call-bell in a sequence of three establishing jump-shots, we, the audience, are made aware of all the curios, equipment and instruments that populate the stores shelves and aisles; pianos, transistor radios, lamps, stuffed animals, all of which had owners once upon a time. All of the belongings had stories of similar sacrifice; beloved items exchanged in the pursuit of one’s dreams. At once the store becomes a motif for South Africa’s townships a musty microcosm of the history of Apartheid. Atmospherically holding its aggressive discrimination, its brutal categorisation and dehumanising segregation. A metaphor shadowing millions of people’s stories post-Apartheid. 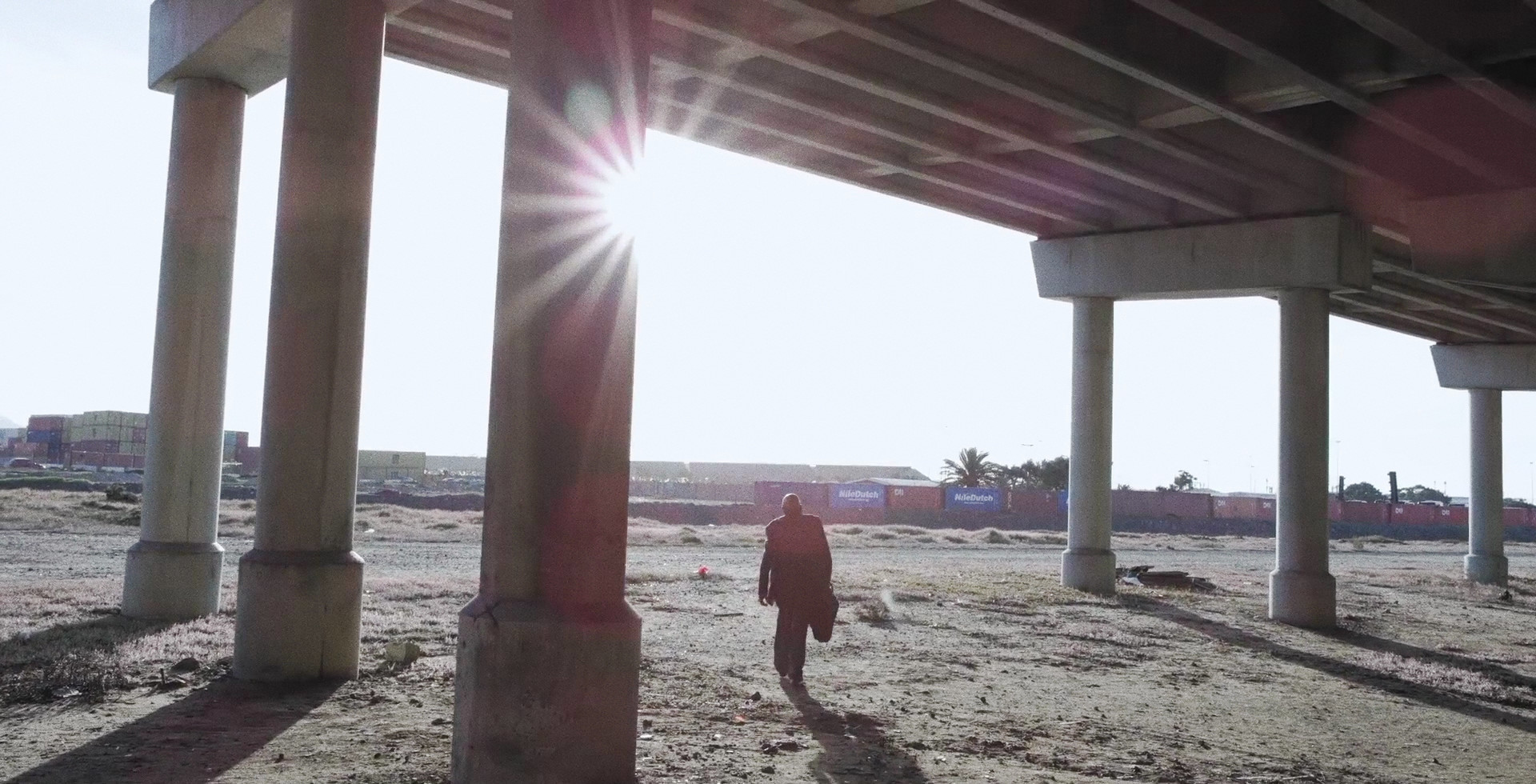 Roger enters deeper into the store. Hearing the distant sound of music and distracted, he props up his old electric keyboard against one of the second hand stores book cases and moves tentatively to investigate the source of the music. Cut to a POV tracking shot as Roger ventures down a claustrophobic corridor and ascends dimly lit stairs to a forebodingly ajar door as the source of the music increases in volume. Cut to the other side of the ajar-door. We are now transported to an airy concert hall auditorium. On the stage is a pristine Steinway & Sons grand piano, and we witness Roger’s sense of palpable shock, anticipation and joy. We hear the rapturous opening notes of the composition from Roger’s dream at the start of the film, this time not fuzzy like an old scratched record but rich, tonal, vibrant and very much alive. We hear the music before we see his fingers on the keys as the camera pulls back to show us Roger, playing the grand piano, triumphantly. Cut to black the music fades out.

Roger is short and punchy film portraiture. We are left, wanting to know more.  It’s at once sour and bitterly sweet, fecund with metaphysical implications: joy, despair, transcendence. So much is implied visually and not said directly. It demands a response and asks us, the audience, to emotionally engage with Roger’s lived experience, his journey, his quandary. It’s perplexing and yet profoundly satisfying. It is writerly, and for a film so infused with thematics of dreams and dreaming, it is not soporific. For me the film is about the power of art and creativity; Roger may have missed the bus, he may have missed the train and might not have the privilege of travelling by car like all the folks bustling above on the motorway overpass, after all we are not interested in their journeys, we are interested in Roger’s. He existentially transcends those other journeys on screen. The film is the vehicle for Roger Kosa’s journey, and the narratives and stories conclusion centres Roger in the auditorium, celebrating who and what he is a defiant, proud and immanent African artist and musician. No longer playing behind the curtain, being denied his identity and authorship like he once was under the Apartheid regime. And we, the audience, get for a few moments to share the bliss of his inherent and glorious gift.

The film still holds mysteries. What is the second hand store and where does its backroom door lead? Is it a dream, is it the afterlife: heaven, hell or worse limbo? The film feels cyclical. The end and the beginning joined together by the same evocative Jazz composition, Myburgh leaving space on the canvas of the painting for the audience to finish the portrait in their own imaginations. The real life tragedy is that Apartheid systemically blocked artists and creative lives from fulfilling their purpose, their meaning and their sublime agency in the simple act of their craft and their careers.

In real life did Roger Kosa finally get his piano? In a recent Q&A for Africa In Motion film festival Director Bernard Myburgh was asked this very same question. Myburgh sadly revealed that Roger was currently not in good health and was recovering from a stroke, and that he had recently reached out to Kosa’s family to ask if he could help in any way. Members of the Q&A’s audience enthusiastically suggested if some kind of online fundraiser could be organised to help Roger with health care and possibly to finally obtain that long sort after piano.

Roger is screening in the Africa in Motion short film competition until 29th November. 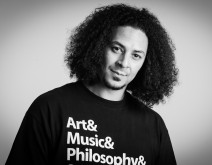 Adam Murray is a Bristol-based writer/curator. He is a regular contributor and programmer with film collectives and festivals such as Come The Revolution, Cinema Rediscovered, Cables & Cameras, Common Hand and Bristol Black Horror Club. He tweets at @Admagnetic