This film is available to watch in UK and Nigeria.

From the colourful, celebratory sounds of Juju to the politicized urgency of Afrobeat, Nigerian musicians have spearheaded some of Africa's most prominent musical movements.

Oftentimes, their work formed the backdrop against which the nation blossomed. So what happened to the pioneering artists who rose to prominence during the country's halcyon years - and continued to endure when it faltered?

A pre-recorded Q&A with director Siji Awoyinka hosted by Daniel Oduntan will play shortly after the end of the film.

Siji Awoyinka is a multidisciplinary aural and visual storyteller. Born in the UK to Nigerian parents, he spent much of his early childhood in Lagos and London before coming to the US to further pursue his musical ambitions. His music fuses elements of Soul, Jazz, Highlife, Afrobeat and Gospel music with traditional Yoruba rhythms drawn from his rich ancestral background.

His critically acclaimed musical works, among them; God-given (BBE 2004), AdeSIJI (IVY 2008) and Home Grown (IVY 2014), have found appreciative audiences worldwide and continue to garner praise. Additionally, he has contributed songwriting and production talent to projects for the likes of Salif Keita, Cesaria Evora, Osunlade and Wunmi. In a bid to further broaden his creative vision, Siji took to directing and producing video’s and documentaries to help bring his musical compositions to life and to share part of his cultural history with a wider audience.

His bold and visually arresting videos; Yearning For Home, Morenike, Ijo, Lagos Lullabye, have appeared on a number of major networks including MTV, BBC, VH1, BET and many others. His feature length documentary film, ELDER’S CORNER (2020) premiered at Sheffield Docs, UK as well as DOC NYC. It also won an Ethnomusicology Commendation award at the prestigious RAI Film Festival, 2021.

Daniel Oduntan is an interdisciplinary media artist conceptional occupying the spaces between visual arts, sound and performance media. His polymath approach to creativity has led him in recent years to explore the politics of sound archives, the power of imagery and methods of accessibility for black creatives through participatory design. Producing cross-disciplined art, editorials and commissions for the likes of the V&A Museum, UCL, Warp Records, Publicis London and the Design Museum.

We are delighted to present this screening in partnership with multi-award winning Ayr Film Society.

I was born in London to Nigerian parents and taken to Lagos when I turned 5. I vividly recollect those 12 early years via the immersive presence of rhythms and sounds. From the celebratory percussion of Juju music to the cries of street hawkers peddling wares, Lagos' unique sonic footprint defies easy categorization.

The concept for Elder's Corner was born when an audiophile friend, who owned a prized collection of rare African music on vinyl, returned from one of his crate digging exploits and invited me over for a listening session. That fateful evening, among the records he played me was a badly scratched 7", which featured a rare recording by the Nigerian singer/guitarist, Fatai Rolling Dollar called "Won Kere Si Number Wa". A powerful wave of nostalgia swept over me. Awestruck, I thought: who are these musical griots, and what had become of them? Thus began my journey back home after almost 23 years away, to seek them out and to revisit my childhood.

At its heart, Elder's Corner is a voyage of return and discovery, an epic tale of survival, using music to reconnect the past to the present. In Nigeria's powerful oral tradition, vital historical information passes through generations by story telling, proverbial sayings and songs. Music forms an essential part of this tradition, a platform showcasing to the world who we truly are. For well over a decade, I travelled the country and beyond, seeking out and capturing the stories of Nigeria's long forgotten music pioneers. Among them, Juju maestro Chief Commander Ebenezer Obey and guitar wizard, Sir Victor Uwaifo. Their collective journeys mirrored that of the nation, through its triumphs and upheavals, and put my own childhood into sharper perspective. Shockingly, though, few owned any copies of their old recordings. So we had them recreate some of their old classics in the same studio where they were originally recorded (Afrodesia Studios, Lagos). These intimate sessions feature prominently in the film and help lend even greater weight to their moving stories.

Presently, the global recognition enjoyed by a new wave of Nigerian artists is contextualized by pervasive narratives of corruption, poverty, and Islamic extremism. Elder's Corner offers a rarely seen, home-grown alternative vision of our culture, our joy, and our humanity by honoring the legacies of our musical forebears whose pioneering efforts paved the roads we now walk. 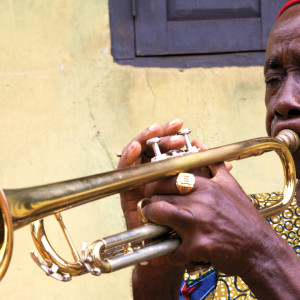 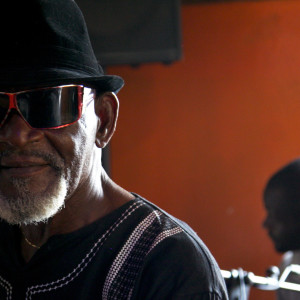