A Portrait on the Search for Happiness 2020

A desert bordered by a deep cold sea. A torn landscape that hides the purest diamonds on earth deep beneath it. Digging for these diamonds with bare hands, day and night, are young men on the frontier of a new diamond rush in South Africa. Hope beckons for the previously drug-addicted Vianey who yearns for a better life. Nelson Mandela’s dream urges the homeless cook Patrick on into this new, hopeful future. Only George, the diamond diver, who once was a millionaire, is still hanging on to his memories of a bygone time. A poetic journey through the desert, the wind and the sand.

Benjamin Rost graduated in directing at Filmakademie Baden-Württemberg in 2020 and the Bavarian Academy for Television (BAF) in 2009. He later worked as a director for documentary films and made documentaries for BR/ARD. From 2017 - 2019, he lived in South Africa and Rwanda to support the launch of the Youth Television Channel "Iwacu“ for the German Development Organization (GIZ). Additionally, he made the fiction short film Ella, which was screened on ARTE. His graduation film is A Portrait on the Search for Happiness and in 2019, he was a participant of the Documentary Campus Masterschool with his next film #Buscalavida. 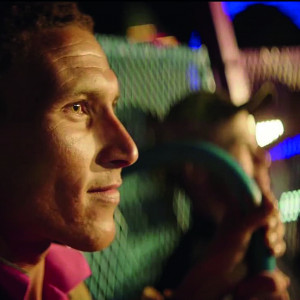 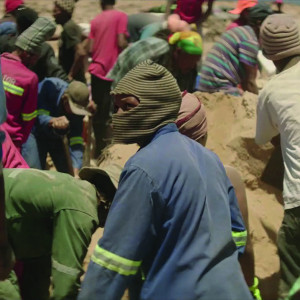