Neta Elkayam and Amit Haï Cohen live in Jerusalem. Together, they created a band where they revisit and reshape their common Judeo-Moroccan musical heritage. In life as on stage, they grapple with this identity duality; an attempt to heal the wounds of exile carried by their parents. In Your Eyes, I See my Country portrays their journey to Morocco. From one musical encounter to another, they reshape their perception of who they are and want to become, along with aspirations to consolidate bridges with the homeland of their ancestors. 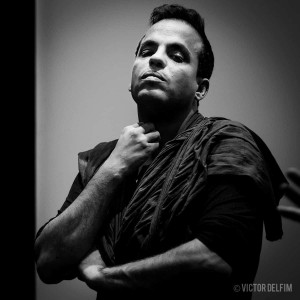 Kamal Hachkar is a French-Moroccan independent filmmaker. Born in Morocco, he left his native land with his mother at the age of six months to join his father who had immigrated to France. His childhood was punctuated by the frequent relocations of his labourer father which engendered empathy feelings for the uprooted. Hachkar holds an MA in History from Sorbonne University and later becomes a history teacher. In 2012, he released his feature documentary TINGHIR JERUSALEM: ECHOS FROM THE MELLAH; this film has been selected at several international film festivals across the world winning numerous awards and stirring a fruitful national debate in Morocco over the plurality of identity.