Join Africa in Motion and the Scottish Documentary Institute (SDI) for a masterclass from director Rosine Mbakam.

*By RSVPing to this event, you will receive the Zoom details to join us on the day.

Rosine Mbakam grew up in Cameroon. Her passion for cinema started very early in life and trained in Yaoundé with the Centro Orientamento Educativo (COE) where she learned cinematography, editing and production. She collaborated and directed several films with COE before joining STV (Spectrum Television) in 2003, where she worked with Mactar Sylla. In 2007, she left Cameroon to study at the Institut Supérieur des Arts (INSAS) in Brussels, Belgium.

She directed and co-directed several short films, including You Will Be My Ally and a portrait of the Congolese artist Freddy Tsimba "Mavambu." In 2014, she and Geoffroy Cernaix founded Tândor Productions, which produced her first feature film, The Two Faces of a Bamileke Woman (2016), which won prizes including the prestigious Discovery Award from the Society of Media Authors and Creators (SCAM). Her second feature film, Chez Jolie Coiffure (2019) is a highly acclaimed and revealing documentary, capturing the day-to-day lives and concerns of immigrant West African women in a space they can call their own. Like Chez Jolie Coiffure, her third feature, Delphine's Prayers (2021), is also a 'chamber piece', shot in a single room, following the story of Delphine, who left the oppression of a patriarchal society in Cameroon looking for a new life in Europe — only to find herself enmeshed in sexual exploitation of a different kind.

Mbakam's trio of feature films offer an intimate glimpse into the lives of women whose stories are rarely seen on camera. Watch The Two Faces of a Bamileke Woman, Chez Jolie Coiffure and Delphine's Prayers as part of Africa in Motion 2021 (15-31 October).

This event is presented in partnership with the Scottish Documentary Institute. To join in the conversation on Zoom, please register here. 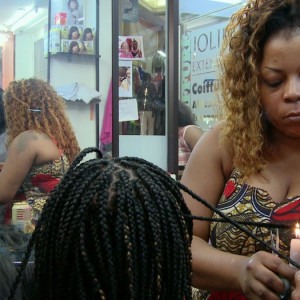 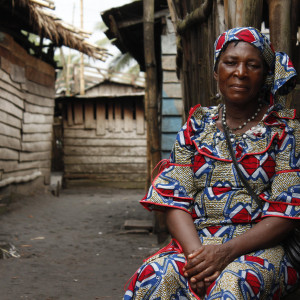 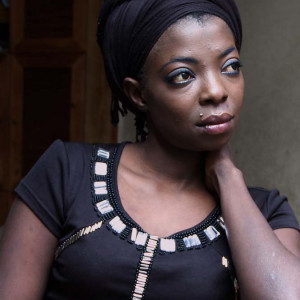