Content Warning: This film contains some bloody scenes and references to assault

In Love Potion, by Michael Omonua, an unmarried woman agrees to use juju to find herself an ideal mate.

In Yam, by Abba T. Makama, consequences arise when a street urchin picks up seemingly random money from the roadside.

In Suffer the Witch, by C. J. “Fiery” Obasi, love and friendship turn into obsession when a young college woman attracts her crush's interest.

"In Juju Stories, we hope that by tacking ancient supernatural belief systems and superstitions through a surreal and contemporary lens, we can continue our work as a collective, exploring themes that offer an alternative gaze from the usual or expected norms and perspectives about Africa."

Michael Omonua graduated from the film school UCA, Farnham and has since gone on to complete over ten short films and a feature film. His films have been screened in many film festivals including IFFR, London Short Film Festival, Encounters, and AFRIFF. In 2016 Omonua co-founded a collective of filmmakers known as The Surreall6. Their mission, inspired by the Dogme 95 movement, was to set Nigerian cinema on a new course. The collective set 16 rules and guidelines that govern the making of their films. The first anthology short film, Visions, was nominated for Best Short film in 2018 at the African Movie Academy Awards. Michael’s latest short film Rehearsal was in competition at Berlinale Shorts 2021 and is also selected for our Short Film Competition.

Abba T. Makama is a visual artist & filmmaker. He is the founder and creative director of Osiris Film & Entertainment, a creative group that designs ideas and strategies for digital and traditional media. Abba has a degree in Business Management from the State University New York, Fredonia and studied film at the New York University (N.Y.U). He directed a documentary on the Nigeria Film Industry titled “NOLLYWOOD: something from nothing.” Makama has also produced and directed a series of award-winning short films, such as Directoh and Party of Ministers. His debut film Green White Green had its 2016 world premiere at Toronto International Film Festival and screened in over 20 international film festivals. His sophomore, The Lost Okoroshi also premiered at TIFF, followed by screenings at BFI London 2019 & Berlin Critics Week 2020. Makama is also a Painter, Art enthusiast and has a deep interest in Freudian and Jungian psychology.

C.J. “Fiery” Obasi grew up watching Hammer House horror films and reading Stephen King novels. Much later on in life, C.J. would put aside his degree in Computer Science to launch into filmmaking, full time. In 2014, Obasi made his debut feature “OJUJU” - a zero budget film, which screened in over 30 film Festivals. Obasi’s sophomore effort is the feature film “O-Town”, a crime thriller arthouse piece. Obasi’s short film “Hello, Rain” based on Hello, Moto by world-renowned author Nnedi Okorafor had its world premiere at Kurzfilmtage Oberhausen in May 2018 and has gone on to screen in over 30 festivals. Hello, Rain has since been featured on CNN and BBC for its strides in African-futurism and fantasy. In 2019, Obasi served as a jury member at the Durban International Film Festival. He is currently in post-production for his third feature, Mami Wata – a female-driven black and white fantasy film developed with Ouaga Film Lab, Less is More, EAVE and Durban FilmMart.

There are many myths and folktales in Nigeria involving juju. It was our goal as a collective to create an anthology film based on these tales. I decided to focus my segment on a love potion, which is something often talked about in Nigeria. Some will go to extreme lengths to get the person they wish to marry, and they’ll use ‘voodoo’ spells and potions to get whatever they want. I wanted to craft a story around this idea. I also wanted to explore what it means to desire someone versus actually being with them in reality. How in desiring a person we can create a false reality by imagining the person to be someone they’re not or imagining them in ways that in reality they’re not.

Yam is based off the popular Nigerian superstitious myth & belief that, if someone picks up money on the floor that doesn’t belong to them, they magically transform into a tuber of Yam. I found this idea very hilarious as some of these stories actually ended up in national newspapers. It was also a simple idea for me to explore, because it had all the elements of an absurd horror comedy.

I have to admit I’ve always been innocently fascinated with Witch-tales, or just supernatural tales, period. The
title of this segment, Suffer the Witch came from the Biblical quote “Thou shalt not suffer the witch to live…” (Ex 22:18) I wrote it as a short story one morning many years ago while reading the final book in The Lives of the Mayfair Witches trilogy, Taltos. Then I wondered why we don’t have more fiction on witches. And when we do, it’s always this ugly, wrinkly-looking depiction of what witches are supposed to look like. But I’ve always seen Witches as regular every day folk, who walk amongst us with their supernatural abilities, whether for good or for bad. And even as a skeptic, living in Africa, you can’t help but be mystified by certain unexplainable manifestations – either it happens to you, or you know someone that it happened to, who has absolutely nothing to gain by lying to you, so is probably telling the truth, or at most exaggerating a tale, how be it with a modicum of truth in it. This segment is actually based on something that happened to me. But that’s a whole other story. 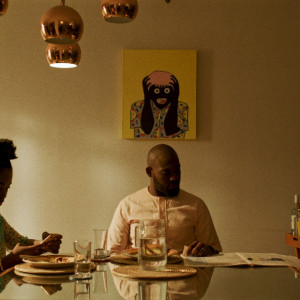 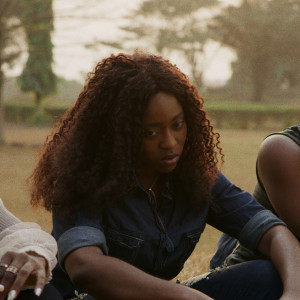 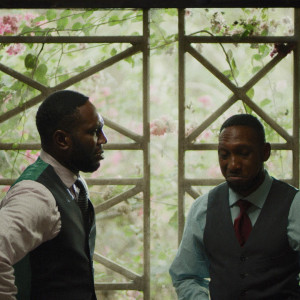 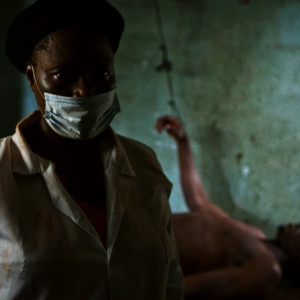 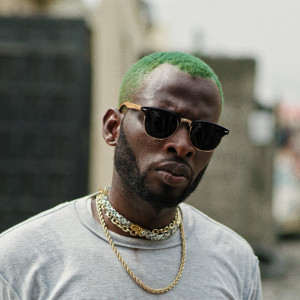 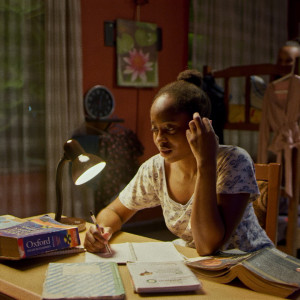