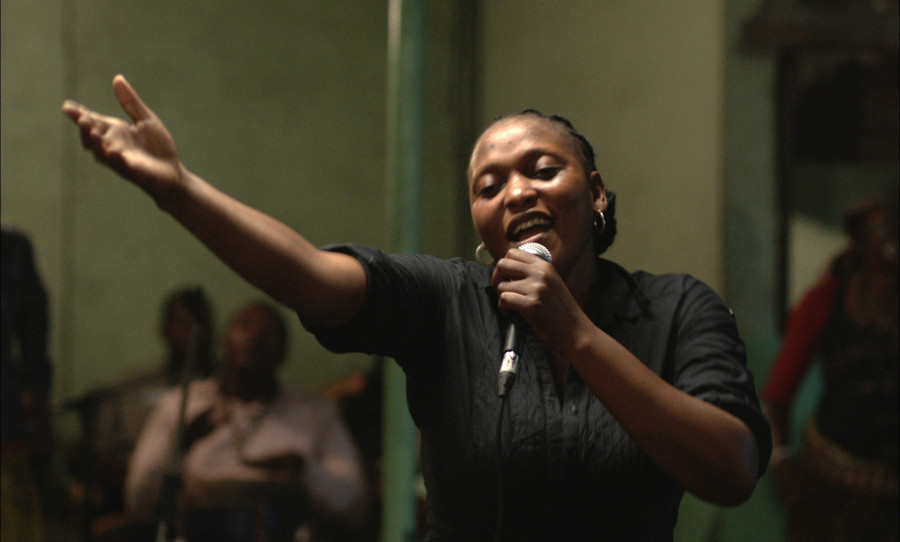 Africa in Motion is Scotland’s major annual celebration of African cinema, and is delighted to return for the 12th year to bring audiences in Edinburgh and Glasgow a wide variety of creative stories from across the African continent.

This year the festival will undertake journeys across the continent and beyond, looking at both African and Black identities globally. Strands will include a programme of African Lost Classics, bringing artistically innovative, but rare and little-known, classic African films to audiences; Afro-Latin (in)visibility, a strand looking at cultural politics in Nicaragua, Colombia and Cuba through exploring Afro-descendant history; and Reviving Scotland’s Black History, a mentoring programme for aspiring film curators from a diverse range of backgrounds to learn about black history in Scotland and use this knowledge to programme events during Africa in Motion and Black History Month.

The festival recognises the lack of African and black voices in arts and creative industries not only in Scotland but also across Europe. As a response to this it wants to create space to show African cinema as artistic masterpieces at par with cinema from anywhere in the world. Justine Atkinson, Festival Producer states: ‘Each of the films and events in the programme offers new perspectives on the continent, challenging conventional storytelling narratives and paving the way for new forms of creative expression. It is important in current political climates for a festival such as Africa in Motion to exist to offer new perspectives on African and black history, told by African and black people. Too often western and white voices continue to speak on behalf of African people, and it is extremely important to create space for these histories and stories to be expressed.’

Artistically stimulating and thought-provoking, the programme takes on bold narratives through a range of features, documentaries and shorts. From classical African feature films such as Soleil O (Med Hondo, Mauritania, 1970), and Rage (Newton Aduaka, UK, 1999), exploring race and identity in the early post-colonial world; to films exploring African diaspora identities across the globe in Shashamane (Giulia Amat, USA, 2016), a film about the repatriation of Jamaican Rastafarians to Ethiopia, and Vanishing Sail (Alexis Andrews, Antigua and Barbuda/Grenada/St Vincent and the Grenadines, 2015), a documentary looking at the Scottish settler influences on boat building in Carriacou. There is also a strong focus on female-driven stories, from South African political narratives such as the documentary Winnie(Pascale Lamche, France/Netherlands/South Africa, 2017), to a women-powered road movie across West Africa in Frontieres(Apolline Traore, Burkina Faso, 2017).

The festival will open in Edinburgh’s Filmhouse with the FESPACO Golden Stallion and Berlinale Silver Bear winner Felicite, directed by French/Senegalese director Alain Gomis, who will be in attendance for the screening. Set in Kinshasa in the Democratic Republic of the Congo, the film follows the story of a vivacious independent singer, Felicite, as she carves out a life for herself and her son in a precarious environment. The narrative weaves a story of hope, sensuality and song set within the harsh urban jungle of Kinshasa.

Other highlights include the AiM TV Lounge, running for the third year, presenting a daily selection of popular African television shows including soaps, sports shows, mockumentaries, and cooking programmes. A mini pop-up festival will take place in Paisley, Glasgow, ensuring that the festival branches out from the city centres. Other pop-up screenings will take place through the AiM Nomad Cinema which will take films outside of traditional theatrical settings into community centres, cafes, bars, churches and more. The programme will once again be packed with an eclectic array of director Q&As, pop-up screenings, an African TV lounge, children’s workshops and more.