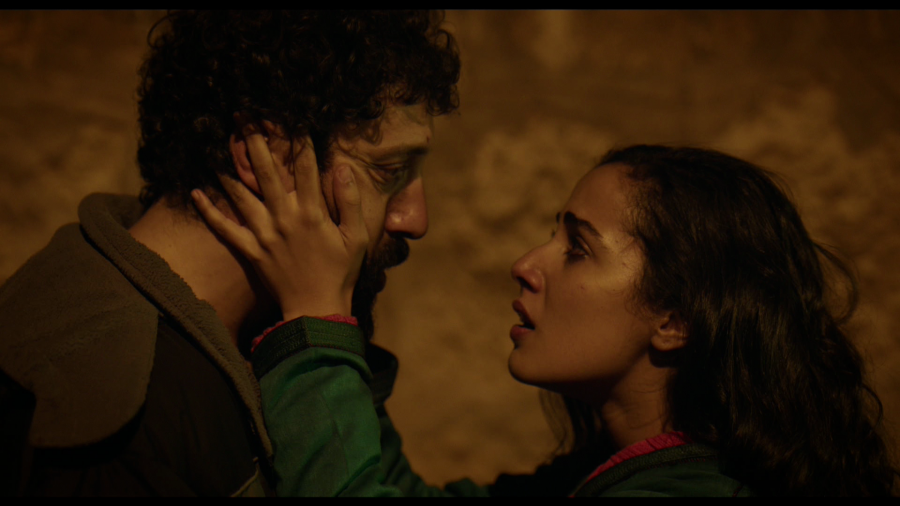 AiM has always lived by a pan-African spirit, and includes films from North of the Sahara on its diverse programme every year. Among the recent crop of films by Morocco's star directors, Volubilis really stands out.

I have to admit that I have been a fan of Faouzi Bensaïdi since I saw WWW: What a Wonderful World.  Bensaïdi celebrates the power of cinema with every film, his films showcasing slightly surreal and magical-realist elements. That, combined with a subtle critique of the inequalities in Moroccan society, makes his films political and very entertaining at the same time.The colour-grading, the characters – who for some reason always seem to have incredibly attractive faces – and the absurd humour really make his films sensory experiences that touch every part of our spectator sensibilities. His films are as attractive as they are challenging, and putting himself in the film as an actor, Bensaïdi also makes them personal, which no doubt adds to the films’ multi-layered and honest narrative. Volubilis is romantic, comedic, dramatic and political all in one. After I saw it at the National Film Festival in Tangier, I felt that Moroccan cinema is as powerful and inspiring as ever. I hope to share that feeling with audiences at AiM!