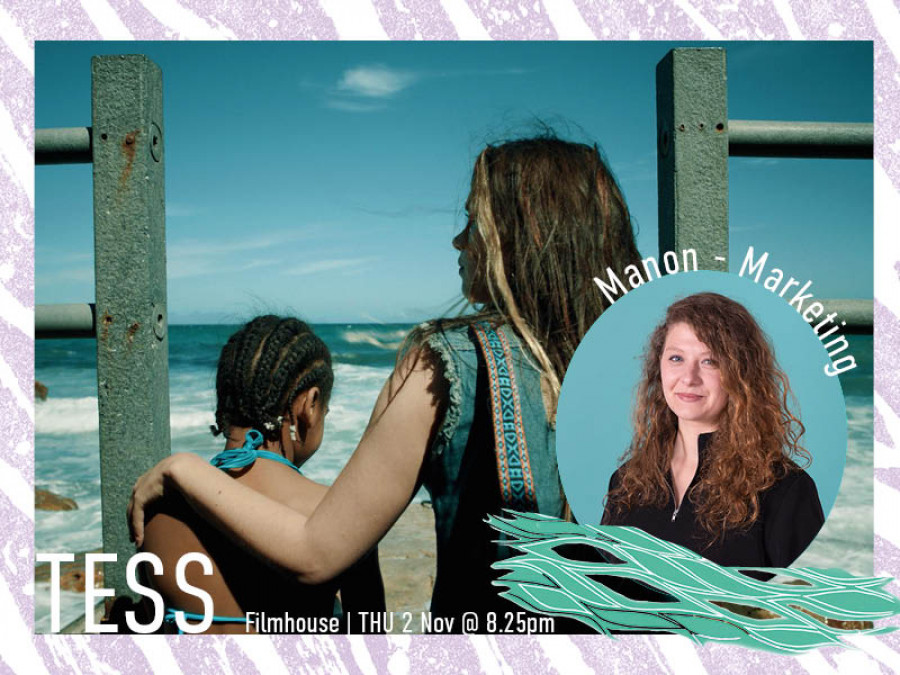 I could not be prouder to work for a festival showing films such as Tess!  It is a very brave film which highly deserves to be seen I can think of no better context than the Africa in Motion film festival to catch this little gem of a film.

Tess is a South African film adapted by Tracey Farren from her own novel, Whiplash. Shorted-listed for the Sunday Times Fiction Award back in 2009, Whiplash follows sex-worker Tess as she comes to terms with traumatic experiences in her past and present.

I was impressed by the visual brightness of the film, ingeniously contrasting with the darkness of the subject matter. The cinematography in Tess is absolutely mind-blowing; the seaside suburbs of Cape Town are captured stunningly; they create an unsettling poetic atmosphere which simultaneously clashes and reinforces the violence of the most emotionally difficult scenes in the film.

Tess’s very graphic and honest depiction of sexual violence is an extremely brave decision which makes for a powerful watch. Not to mention lead actress Christia Vickers’ impeccable performance.

Crafted by a female trio of new talents - writer Farren is signing her first script, it is Rickards’ first fiction film while Vickers is comforted as an emerging talent in South Africa -, Tess is a subtle blend of humanity and violence and a devastating female portrait.

The name Andrea Arnold comes to mind and we can only wish Meg Rickards will soon achieve similar recognition for her work!

I strongly recommend taking the Africa in Motion screening of Tess as an opportunity to discover this talented budding trio of female film professionals!

Want to discover more? Here is an interview with author-scriptwriter Tracey Farren http://bit.ly/1UGY8p5