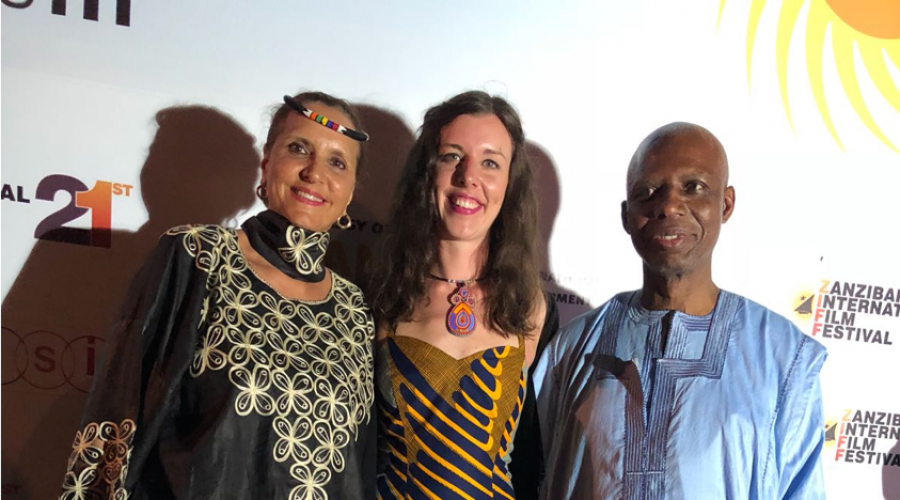 We are delighted that one of our partner festivals, the Zanzibar International Film Festival (ZIFF), have appointed new directors for their 22nd edition, influential South African film duo Faith Isiakpere as CEO, and Firdoze Bulbulia as Festival Director. Both Firdoze and Faith will be in attendance during Africa in Motion this year presenting their latest film, Nelson Mandela: A True Pan Africanist at Filmhouse, Edinburgh.

ZIFF is East Africa’s largest film and arts festival, exhibiting the latest and best films and promoting film talents from across the African continent and beyond.

They will lead the festival’s extensive programme of work across film, performance, music, workshops and children’s events, as well as the large-scale outdoor films in the amphitheatre at the Old Fort for which the festival is renowned. The pair will also add and develop new elements, curating innovative pop-up events and providing training in media literacy, film curation and filmmaking within Tanzania, ensuring that the festival continues to act as a flagship arts organisation for East Africa.

Under their curatorial vision ZIFF will celebrate Pan-African ideals within the creative industries with a focus on film, arts, culture and heritage. This will be reflected in the South African phrase of Ubuntu - I am because you are - and the interconnectedness of the pasts and futures of the African continent and the diasporas. Alongside this focus on African and Black cinema the programme will also showcase filmmaking styles from across the world, providing a space for learning and exchange through film under the motto ‘each one, teach one’.

Both bring a wealth of experience to the festival and have worked in many aspects of the film industry including producing and directing films, teaching and lecturing in film and media, organising festivals and working to promote children’s media across the continent and beyond. They have a long-standing relationship with ZIFF and have been attending the festival for the last 20 years, serving on juries, curating events and supporting the organisation.

‘We find ourselves returning to ZIFF from our first visit in 1999 when we hosted a workshop on the African Charter on Children’s Broadcasting to filming with a young Zanzibari girl, for the “African Pen Pals” series we fell in love with this beautiful island, its people, its histories, and its culture. Zanzibar and the festival are embedded deep in our hearts and we are so excited to take on this new challenge. We hope to propel the festival into its next era enabling a convergence of imaginative thinkers from across the globe to share their stories, whilst also learning from East African narratives. We want ZIFF to act as a hub of cultural exchange for the betterment of filmmaking everywhere’, states Festival Director, Firdoze Bulbulia.

They will drive a new artistic vision for the festival, bringing high quality international productions, media partners, children’s content, and film training, whilst still maintaining the focus and priority of showcasing and supporting African cinema.

The next edition of ZIFF will take place between 6-14 July 2019 and will comprise of a range of film screenings and complementary events across Zanzibar island.