On the Absence of Waiting 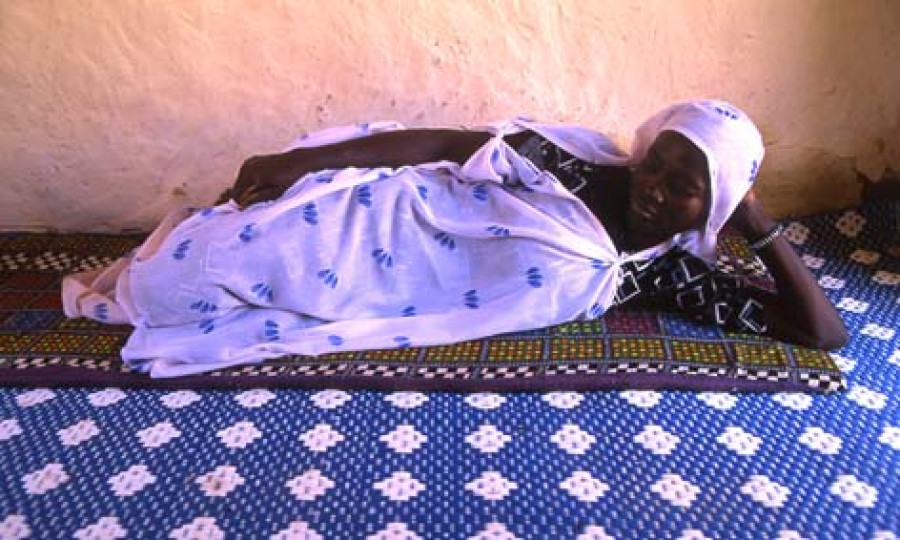 By Yas Ismail for Africa in Motion's Notes Unbound

Katy Léna Ndiaye's intimate and thought provoking film Awaiting For Men (En Attendant les Hommes) is a reminder that although cinemas are closed, we thankfully still have access to films which showcase different cultures, and allow us to hear`stories which would otherwise be inaccessible to us. Set in a small Islamic community in the small oasis town of Oualata, Mauritania, this 55 minute documentary centres around three women who speak openly and frankly to the camera about their experiences of marriage, sex, divorce and motherhood, as well as how men and women co-exist in the space of their town in a culture where men and women are segregated, religion is paramount, and where men are traditionally expected to lead the community.

Through the visual imagery of their striking homes and people walking to and fro, along with the traditional music which plays across the film, we really get a sense of the world these women inhabit. From the offset, we see that these women have agency, “I don’t make my life difficult... If I get along well with a man, we stay together. When it’s not working anymore we get a divorce”.

It’s a matter of fact statement that’s delivered so directly to the camera and sets the tone for what’s to come, where the women discuss everything from initiating sex with their husbands, to their stance on whether motherhood makes you a woman. It’s easy to conclude early on that the purpose of Awaiting For Men is solely to subvert stereotypes of women, particularly of muslim women being meek and oppressed through openly discussing topics like sex, love and relationships in their town. However, what quickly also becomes apparent through the women’s interviews, is that the film also highlights the plurality of their opinions as individuals who practise religion and how an individual’s relationship with their culture and with God differs greatly to the next person at any given moment, even in environments where unity of thought are often idealised and expected.

This is apparent with the way the women agree on many things like the importance of having children, but have polar opposite views on abortion where one of the women Khady, states that she would personally offer abortions if she could, despite it being in conflict with her religion, the clinic she works at, and the majority of the town she’s clearly an important member of. One thing that the women are in agreement about, is just how separately men and women live, and although the film is called Awaiting For Men, there isn’t a semblance of the women needing the men in their lives, other than to enable them to become mothers and wives. They spend their time working, drinking tea, getting henna applied and decorating their houses with tarkhas, which are intricate patterns that are carved and hand painted using clay on the outside of buildings, while the men are nowhere to be seen, making it clear that despite some of the issues they face which seem alien to a Western society, the women in this film aren’t waiting for anything, least of all not their men.

Yas Ismail is a Freelance Journalist, Digital Producer and Film Programmer from London. She has previously worked at The Guardian and BBC Three and writes about film, television and popular culture. Yas has also programmed film seasons, screenings and events in cinemas, where she has specialised in depictions of people of colour, films directed by women, and social issues such as gentrification, nuclear warfare and migration and worked on film festivals such as Underwire Film Festival. She tweets at @yaaas_ismail