Since 2006, Africa in Motion Film Festival has brought artistically innovative, but rare and little-known classic African films to the public in order to expand the diversity of world cinema available to UK audiences. At the festivals where the films are screened, they are valuable entry points to illuminate African histories, cultures and traditions, and to interrogate our relationship with Africa, in the past and the present. In 2017 the festival's focus on classics culminated in the Africa's Lost Classics (ALC) project, supported by the Arts and Humanities Research Council (AHRC). The Sankofa bird, the symbol and logo of the project, reflects this act of reaching back into history and bringing the precious knowledge of the past into the present, confirming its continued relevance for the future. 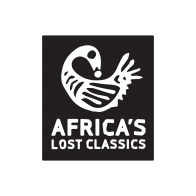 The primary aim of the ALC project has been to bring little-known films—by both major and neglected African directors—to the attention of the general viewing public, as well as scholars and critics worldwide.

We found that on average, very few African films were screened to the general public in the UK; statistics obtained in 2005 from the (now defunct) UK Film Council showed that only nine African films were theatrically released in the UK between 1995 and 2005. The four ‘lost classics’ screened at AiM 2006 were francophone West African films from the 1960s, which the general critical consensus had long held to be the place and time at which something called ‘African cinema’ was born. The screenings of Lost Classics at AiM 2006 were very well received by audiences and practically sold out.

In 2006, a number of international scholars of African cinema took part in a roundtable discussion on the films’ significance in relation to African filmmaking as a whole, which resulted in a dossier entitled Africa’s Lost Classics, published in Screen.

We continued our exploration of ‘lost African classics’ in 2007 with a focus on the work of pioneering female directors through funding from the Carnegie Trust, screening films from North and lusophone Africa - expanding the geographical range of our exploration of African cinema’s largely untapped film archive.

Our efforts to recover lost African film classics during the 2006 and 2007 Africa in Motion Festivals culminated in an edited book entitled Africa’s Lost Classics: New Histories of African Cinema, published in 2014 by Legenda and edited by Lizelle Bisschoff and David Murphy. In the volume we recovered over 30 ‘lost’ African classic films of the twentieth and early twenty-first centuries.

The diversity of films that came to light through the research for the festival and for the publications provided the inspiration behind the large-scale project on Africa’s Lost Classics in 2017-2018. From its inception in 2006, we conceived of the Lost Classics project as essentially contemporary and forward-looking, seeking to promote a dialogue between past, present and the uncertain future into which African cinema is heading. The ALC project became an occasion to screen the most significant ‘lost’ films in the history of African cinema, contributing to more ‘lost’ films becoming ‘found’, and as such they can now be integrated into new and ever-evolving histories of filmmaking from the continent.

If you would like more information on any aspects of the project, please contact Stefanie here: stefanie@africa-in-motion.org.uk